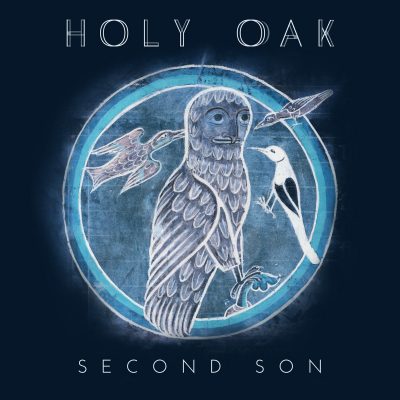 Singer-songwriter Neil Holyoak has been an anthropology student, a small-time sheet metal salesman, nihilistic futurist, amateur rifleman, left-handed socialist, soft alcoholic, and prison warden of his own soul. Born in Los Angeles, he moved to the backwoods of Montana at 16 and began to spend a lot of time with the clouds, the mountains, and the dirt. In his free time, he’d sing and play guitar into a cassette recorder from RadioShack. Before long, he’d moved into a halfway house in Kalispell, Montana and every weekday morning he’d wake up before dawn and catch the bus to Flathead Valley Community College. He would fall asleep in the dark, pressed against the heater, and wake up to an empty school and an empty sky – he’s been singing about that pale wide sky for half his life. In the years since, Holyoak has traveled endlessly, finding sanctuary in New York, Colorado, Los Angeles, Vancouver, Gothenburg, Hong Kong, the Pacific Gulf Islands, and Montréal. It was there that he met Dave Bryant of Godspeed You! Black Emperor, who recorded his debut LP Holy Oak.

Holy Oak’s new album, Second Son, is a captivating slow burner. These electrified folk songs unfold in loose but vivid narratives of loss, hope, and restlessness. Both plainspoken and strange, the deep and unaffected vocals stand sometimes-uncomfortably bare as his accompanying musicians play like the ghosts of a skeletal country band. Drawing lyrical influence from JD Salinger, The Song of Solomon, and Greek mythology, Holy Oak tells of silver street performers, long walks with vampire friends, and talking flowers that grow old within the span of a single day. These hallucinogenic narratives are faithfully captured in soft focus via two-inch tape recordings made by producer Howard Bilerman (Arcade Fire, GY!BE, Vic Chesnutt) at Hotel2Tango in Montréal.