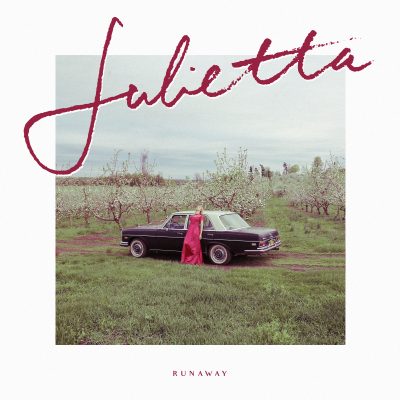 Julietta is a world traveler, using her globe-trotting adventures to gather inspiration for songs. The last single from the New York based artist, “Beach Break,” was written during a winter excursion to the jungle in Nicaragua. That song caught the attention of music blogs around the world, and Julietta was featured in Interview Magazine and as an Artist to Watch in NME Magazine and on Triple J Radio. Her elegant vocals and atmospheric melodies contrast dramatically with her chaotic and bustling home of New York City. Her music utilizes universal themes of love  and loss to blend her unabashed relentlessness with her modern sensibility.

Julietta went to Central America because she “needed some time to write, read, create, get lost with monkeys, and get beat up surfing,” she told Interview magazine in the feature accompanying the single’s premiere.

“Runaway,” the follow-up to “Beach Break,” was inspired by a spontaneous trip to Florence, Italy, where Julietta wrote while waiting for her flight home. “Several months ago a guy I met at a party asked me out on a date. The thing is, he lives in Italy and I live in New York. I told him that was a bit far for a Saturday night plan. After playing around with the fantasy of our date, he sent me tickets with my name on it.”

Julietta’s Italian heritage made the time she spent there “a rollercoaster of emotions and experiences.” “After that dreamy weekend, I sat at the airport waiting for my flight with the Sunday blues and wrote the song,” she reflects, “It was the most natural writing formula, at the end of the track you can hear the voice note I took on my iPhone of me boarding the plane.”

“Julietta’s voice has that ‘I’m too cool for you’ attitude, similar to Lana Del Rey or Alexandra Savoir, but she has something they don’t have: upbeat danceability.” -Baeble Music

“Following up on the theme of unmissable summer jams is her latest work, ‘Runaway’…[the] story of summer love is layered over glossy, tropical production from Stray Echo as the track’s chorus carries us off into the balmy summer haze.” -Hunger TV