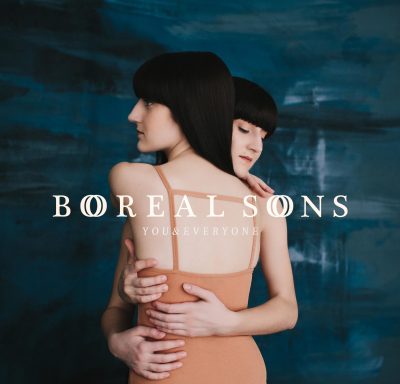 It’s been three years since Boreal Sons, the Calgary-based sublime art-rock band, have released a record. You & Everyone, which follows 2013’s Threadbare, is a product of refinement and loss. After a 2014 UK tour in support of Threadbare, Boreal Sons lost guitarist Logan Gabert and chose to move forward as a streamlined three-piece featuring keyboardist/vocalist Evan Acheson, bassist Reagan Cole McLean, and drummer Zach Schultz. Gabert’s departure was compounded by personal tragedies, leading to a darker tone for a band – already born to deliver heavy lyrics alongside rich melodies, unconventional chord structures and arrangements – that suddenly found itself bearing some bigger burdens. The absence of guitars on You & Everyone creates an appealing minimalism that allows room for Acheson’s imagistic words and delightful, alluring instrumental developments.

Album opener “What Becomes” is a synthy, imploring track that provides a stark and stunning introduction to the album while setting the tone for the band going forward. Over a lush background of scuzzy bass and whirring electronics, Acheson calls out to a missing compatriot, asking “where are you?” in hypnotic repetition. “Another You” follows, with a lyric that ponders the intractability of our actions and their consequences by imagining “a parallel world” with “another version of me, with another point of view.” Over the course of the album’s nine songs, Acheson offers similarly pensive reflections on life and love over atmospheric grooves and dramatic soundscapes, reaching a climax on the religiously-themed “Midnight Mass.”

“This is music to get lost in.” –Vancouver Music Review

“‘What Becomes’ repurposes… heavy themes into a captivating lead single that easily draws in the listener and brings them along for the ride.” -Dusty Organ