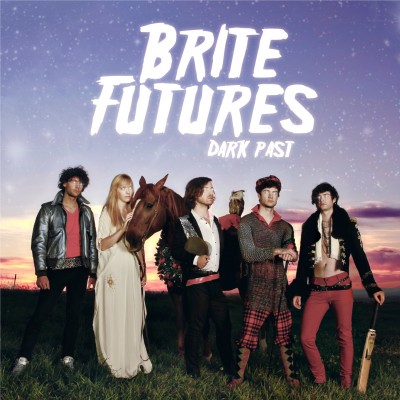 Brite Futures (ex-Natalie Portman’s Shaved Head) return after a brief hiatus with a new record called Dark Past. The members came together while still in high school at Seattle’s The Center School, an art-focused institution. The band gained a following with their upbeat/indie/electro songs like “Sideways Ponytail” which earned them coverage on NME. After touring with bands like Matt & Kim, CSS & The Go! Team, the group went through some difficult years with record label disputes which led to the inspiration behind their new album. On Dark Past, the band sets cheeky lyrics along side jagged guitars, dance beats & catchy hooks. This is the perfect party record for your station.