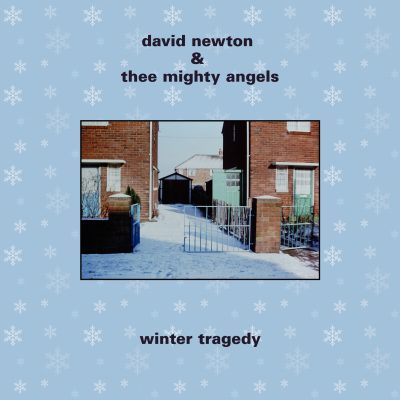 Wolverhampton, UK-born David Newton was the guitarist and songwriter behind C86 popsters The Mighty Lemon Drops, who starred on the front cover of an issue of NME and crossed over to top the charts at US alternative/college radio. Following a brief stint with The Blue Aeroplanes after the break-up of the Drops in the early 90s,  Newton relocated to Los Angeles in 1995 where he turned his garage in Burbank into a recording studio. Since then, he’s  produced and engineered more albums than he can recall, including records by The Little Ones, The Soft Pack, The Henry Clay People, The Blood Arm, and The Happy Hollows, to name but a few. Newton spent the 2000s having fun playing live with friends’ bands, including a lengthy European tour with the Eddie Argos/Dyan Valdes project Everybody Was In The French Resistance…Now; since then, he has mainly concentrated on his production and recording work for other artists, squeezing in the occasional live appearance with his own band of musician pals, including shows opening for the likes of Peter Murphy, Mike Watt, and Tim Burgess.

in 2020, Newton released his critically-acclaimed solo LP A Gateway To A Life Of Disappointment. Now, he returns with a special holiday single, “Winter Tragedy.” Newton explains that “it’s not strictly a holiday tune but it does have a bit of festive thing going on. I shot the video with a bunch of friends including video maker Joel Tabbush (The Strokes, Iggy Pop, The Offspring, Missy Elliott) and my pals from bands such as The Little Ones, The Blood Arm, Bad Girlfriend, VPL, Kissing Tigers, Faraway Beaches). The shoot was fun as it was just a bunch of my mates hanging out in my backyard for a couple of hours in 80 degree Burbank heat (I plied them with beer etc to keep them cool).”