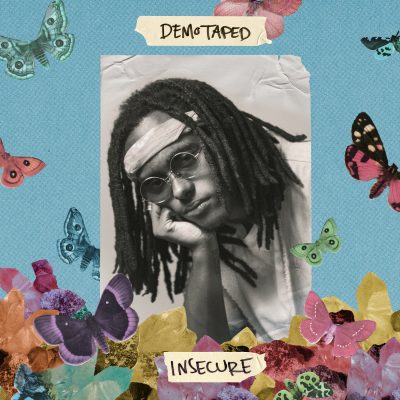 Adam Alexander aka Demo Taped, the multi-talented, critically-adored 19-year-old whose new single is a blissed-out gospel wrecking ball worthy of celebration, doesn’t like to be called a prodigy. “The only difference between me and anybody else,” he says, “is that when their parents let them quit piano lessons, mine made sure I stayed with it!” Perhaps this humility can be traced to Alexander’s upbringing as the grandson of a famous Southern gospel preacher and civil rights leader, who also inspired his engaging stage performance. But truth be told, there’s no music instructor in the world that can give you an ear for innovation like Alexander’s. That’s called a blessing.

“Insecure” is a seismic leap in execution that only rare artists realize. Until now, Demo Taped has released buoyant, precocious bedroom R&B; on “Insecure,” he’s expanded his craft on an empowering, elevating track that demonstrates both the skill of a molecular engineer and the zizzing electricity of a charged preacher. Lyrically, however, the song packs a strong dose of anxiety and self-doubt – yes, in spite of incalculable talent, one can still wrestle with deep, unrelenting anxieties. But perhaps the juxtaposition of joyous sound with this sentiment makes total sense, as “Insecure” also finds Alexander going back to the safest spaces of his youth to find the inner strength to make this grand musical statement. While it was written with Australian singer/songwriter Ben Abraham and in collaboration with Grammy-winning producer Frank Dukes (Frank Ocean, Drake, The Weeknd) and background vocalist Yebba Smith, the track also finds Alexander back in his grandfather’s church: that’s his father (the church’s longtime musical director) playing that lithe, dexterous bassline, and those are other church band members filling out the rest of the live instrumentation. It’s a truly special confluence, and it buzzes through the song.

“Totally out of the ordinary… Demo Taped occupies his own unique, honest space.” -NPR

“New cut ‘Insecure’ rides a lush electro groove, a smoothed out slice of machine funk with a deeply physical feel. On top, though, Demo Taped places a pleading, emotive vocal that has a rich, gospel feel.” -Clash Music