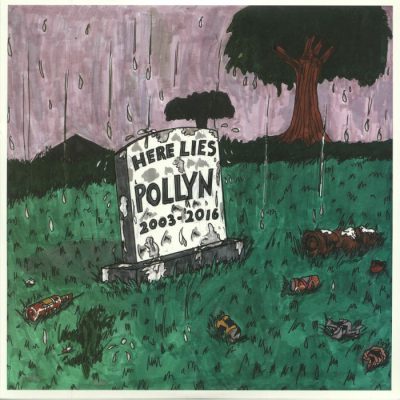 Here lies Pollyn, a band whose influence stretched around the world. After 13 years, the LA indie electronic trio – which consisted of vocalist Genevieve Artadi, guitarist Anthony Cava, and producer Adam Jay Weissman – has ended it all. Celebrated as one of LA’s most hi-fashion electronic acts, Pollyn were nouveau vintage electronica that layered samples from old records with Artadi’s porcelain vocals, Cava’s quirky guitars, and Weissman’s beat­s making for a potent and unforgettable musical cocktail. They were effortlessly cool, a “band’s band” that collaborated with everyone from HEALTH to Freddie Gibbs and garnered comparisons to the likes of Talking Heads, Portishead, and Bat For Lashes.

As everyone moves on, the group is releasing a 3-LP anthology, called Here Lies Pollyn, featuring their favorite songs from their catalog that stretches across three albums, one EP, and multiple remix singles. Included as a download (and on streaming sites) is a bonus collection of remixes from some of the best electronic producers in the game – Moodymann, Nosaj Thing, and Matthew Herbert, just to name a few. Also present is a brand-new remix of “Liars Cheaters” by Dan the Automator that features his Deltron 3030 partner, rapper Del The Funky Homosapien. That remix is included in this album sampler, along with highlights from the 3-disc set as well as the remix collection. It opens with “Findaway,” a brand new song recorded in late 2016 specifically for this release. Quintessentially Pollyn, “Findaway” features a duet between Artadi and Alexis Taylor of Hot Chip.