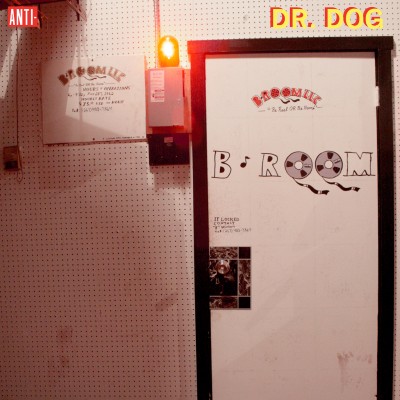 Dr. Dog has released their latest studio album, B-Room. After more than a decade of making music together, B-Room marks the greatest point of clarity with performing and recording. The title of the album is a reference to the bands’ studio which they built themselves, from the studs to the sheet rock to the recording booth. As Leaman now understands, making a record is a lot like doing construction. Both require a similar amount of frustration, intensity, and cohesion. By building the space first and releasing all of that emotion, the band was then free to engage in their creative process without the expectation or preconception that they admittedly had brought into other sessions. The result is the most cohesive, soulful, and fun Dr. Dog album yet. Recording many of the album’s tracks as live takes, Dr. Dog discovered the soul roots always inherent in their Philadelphia background. “The Truth”, the Gamble and Huff inspired track that opens the album, is only the most obvious manifestation; on songs like “Minding the Usher” and “Love”, the spontaneity of the band’s live performances seamlessly fuses with the intricacy of their kaleidoscopic composition. From the construction of the studio, to the recording of the album that took place within its walls, B-Room is the direct result of what happens when spirit and soul coexist.