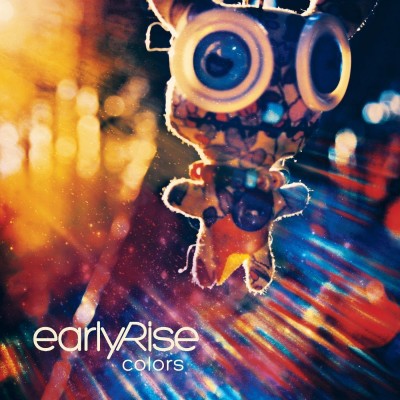 With heartfelt songs and a quiet-loud dynamic reminiscent of the biggest groups of the aughts, EarlyRise has developed a fanbase that has propelled them to heights not typically achieved by unsigned bands. Founded by singer/songwriter Orly Lari and guitarist/producer Raz Klinghoffer, the band self-released debut album What If… in 2011 and gained momentum by performing at major festivals such as Music Matters and Uproar. The only unsigned group featured alongside such heavy-hitters as Paramore, Arctic Monkeys, and Rise Against on the 2014 version of guitar-learning video game Rocksmith, the band has also earned more than a million cumulative plays on Spotify, turned heads with a cover of KoЯn’s “Narcissistic Cannibal,” became Saturday Night Online’s Web Celebrity of the Week after covering the Naughty Boy/Sam Smith collaboration “La La La,” and showed further depth with a release of an acoustic EP. After all of that success, the LA-based group recorded sophomore album Colors using money raised from fans on Kickstarter.

Anchored by heavy guitars and propelled by Lari’s emotive lyrics and soaring vocalizations, Colors is thick with tracks like “All You Know,” “Brother,” “John Doe,” and “Overcome” that will remind listeners of the anthemic sounds of bands like Paramore. Yet EarlyRise is diverse, balancing the metallic riffage of songs like “Safer in Here” with their melodic side on the jangly, mysterious “Peace” and piano-led ballad “Sober.” Produced by Klinghoffer and mastered by Brian “Big Bass” Gardner (Nine Inch Nails, Queens of the Stone Age, Beck, The Killers), Colors has already generated three videos that have garnered more than 100,000 views each on YouTube. Unlikely to remain unsigned for much longer, EarlyRise may very well be the biggest band you have yet to hear.

RIYL: Paramore, Rise Against, Against Me!, 30 Seconds to Mars, twenty one pilots, Pretty Reckless