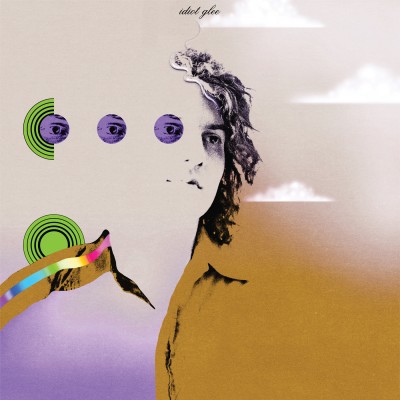 Idiot Glee’s James Friley is at his most creative during the limbo between night and day, on quiet mornings when his wife and dog are sleeping soundly and the world is taking a break from its usual bustle and stress. Classically trained at the piano and drawing inspiration from Brian Eno‘s descriptions of being lost in the moment of creation, the Lexington, KY-based musician has been making meticulous and beautiful bedroom pop since 2009, putting out increasingly refined recordings on labels like Moshi Moshi and Burger and touring throughout the US and Europe with acts such as Women (Viet Cong’s ex-band) and Islands. Idiot Glee’s new self-titled LP, produced with Hedwig and the Angry Inch songwriter and co-creator Stephen Trask, combines Friley’s love of piano with tightly-wound songcraft into his most fully-realized album yet.

Melancholy and vast, lead single “Evergreen Psycho” tells the story of a cactus and an evergreen tree falling in love and is, according to the Line of Best Fit, both “heart-stoppingly brilliant” and reminiscent of brooding crooners such as Roy Orbison, Lee Hazelwood, JJ Cale, and Harry Nilsson. On “I Don’t Feel Right,” Friley builds upon a straightforward acoustic guitar progression with mutilated vocal samples and sound collages, building an expansive environment for personal tale that starts on a downtrodden note and ends with a transcendent Beach Boys-esque multi-layered falsetto. Other highlights include “The Whip,” which is perhaps the most immediate song on the record, and “Personal Computer Television,” which is drenched in Eno-esque vibes and may be the best representation of the LP’s blend of ambient tones with pop sensibility.

“Friley has… released songs that reflect the various sides of his personality — some soft and pensive, others bright and soulful. His latest effort, a self-titled album produced by Hedwig and the Angry Inch songwriter Stephen Trask, features a bit of both, not to mention some of his most entrancing melodies yet.”
– Consequence of Sound