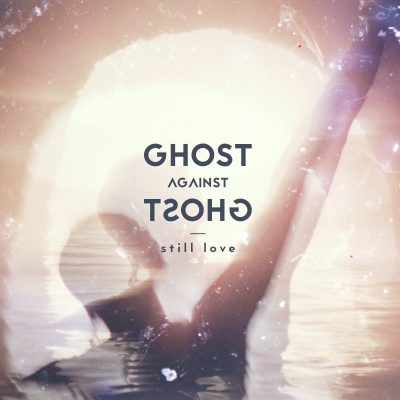 Ghost Against Ghost, the conceptual rock project of producer/composer Christopher Bono, creates epic and progressive music that draws influence from experimental, contemporary, and traditional classical music. The project began in 2008, after the composer envisioned an as-yet unfinished concept album in a dream. After the dream, Bono delved into musical study, spending seven years in near-hermetic isolation as he struggled to develop the technical foundation necessary to fulfill his vision. During this time, Bono released two full classical albums and an EP to critical acclaim. Between these projects, commissions, and commitments, Bono secretly chiseled away on the Ghost Against Ghost material. Finally, after finishing his last album, BARDO, Bono was once more ready to devote his full attention to the insistent call of Ghost Against Ghost. After years of searching and studying in isolation within the classical and experimental music fields,  Bono had discovered the melodic and rhythmic movement, structure and development he needed to understand to develop an interwoven and wild sonic tapestry fused by his knowledge of modern studio production, mixing, engineering,  and electronics. The result, he told PopMatters, is “a heavy, yet colorful blend of synth driven post-rock” that exists within massive, enveloping soundscapes created with the help of thunderous drummer Thomas Pridgen (The Mars Volta, Trash Talk), atmospheric guitarist Anthony Molina (Mercury Rev), and mixer Gareth Jones (Depeche Mode, Grizzly Bear, Mogwai, Can, Erasure).

While in the midst of completing the yet-unfinished Ghost Against Ghost concept album, Oia, Bono was unexpectedly struck by a psychologically disorienting family tragedy that led him to put that project aside as he processed this new trauma through music. To create still love, he reflected on the confusion and internal conflict that resulted when the life he knew was ripped apart by disturbing revelations. To dig further into the heart of the experience, he based the lyrical point of view from that of the female victim: his mother. Musically, Bono was inspired to concoct symphonic walls of sound from analog synths and merge them with monolithic beats. The LP weaves themes of love, heartbreak, and betrayal into a powerful combination of expansive and explosive synth-driven post-rock in the vein of The Cure circa Disintegration, with dramatic climaxes similar to Vangelis, and a touch of David Sylvian-style ambiance. According to Bono, the music is “centered around the theme of heartbreak, betrayal, and the struggle for resolution, acceptance and understanding.”

“The band combine elements of Pink Floyd, Anathema, and Vangelis, making for a sound that’s both vintage and modern at the same time.” -PopMatters

“Christopher Bono taps into the universal anguish of heartbreak and strips it of adjectives, of metaphors, and gives us a piece of music that sounds like one long, cathartic scream.“ -Second Inversion