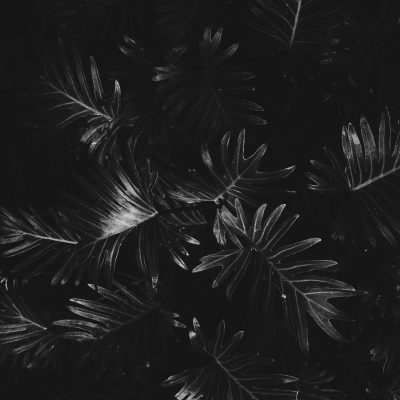 Kan Wakan is Gueorgui Linev—the producer, composer, synthesizer scientist, film score fanatic, and multi-instrumentalist whose highly-acclaimed full-length debut Moving On dissolved the genre-breaking electronica of Massive Attack, Air, and Zero 7 into a bottomless sea of 20th century minimalism, psychedelic soul, and ambient atmosphere. It’s been two years since the release of Moving On, and the Bulgarian-born musician from Los Angeles has been busy in that time. He’s begun working with others and has created music with the likes of the Sofia Philharmonic Orchestra, Arctic Monkeys, and Moses Sumney, whose Linev-produced track featuring Thundercat was just named as a “Best New Track” by Pitchfork. He’s also been crafting Phantasmagoria, an upcoming three-LP collection of enveloping, slowly developing songs featuring vocals of multiple guest singers. The Molasses EP collects four of those songs, each sung by his close friend Elle Olsun.

The title track is a lavishly-arranged song composed by Linev on his grandmother’s piano during a recent visit to his hometown of Sofia, Bulgaria. “Molasses is allowing the weight to fall with a hope,” he says. “[It’s] a self-heartened embrace of the burgeoning we see before us – a clearing and a rising fog, that moment when we take stock of our surroundings and realize we have changed.” “I Would,” the first song composed for the upcoming album, is a true collaboration that Linev and Olsun composed together based on a nylon guitar riff that had been “on playback” in his mind for a while. Though he hadn’t figured out what to do with it, she immediately began singing a melody and the two bounced ideas off of each other until it was finished. “I quite enjoy collaborating in the traditional sense,” he says about writing with Olsun. “I had gotten so used to working on projects, passing around files over the internet and not seeing outside of the four walls in the studio, it was really refreshing to sit by the piano and make music together. I’m continuously drawn to the human aspect of music and do my best to embrace the natural imperfections that happen in a performance.” “Canopy” and “Hold Me Close” continue developing the simmering, soulful vibe made manifest by the clear musical chemistry between Linev and Olsun.

For the single, this one featuring the vocals of Rachel Fannan (Only You, Sleepy Sun), Linev starts with melancholy piano chords and Fannan’s alluring vocal, building upon the ruminative nature of Molasses‘ nighttime electronica before a large, jazzy orchestral coda develops to envelope and enchant listeners. According to Linev, “I had sent [Fannan] this other idea and she was riffing off of it and then I played her the music to ‘I Had To Laugh.’ Suddenly it felt like the energy in the room shifted and we had landed on something we both felt very intensely in the moment. She began to sing right away and I remember feeling weird at first… like, how could this sound sexual and sad at the same time? How can be feeling lonely but overwhelmed with this beautiful nostalgia? I had never heard anyone sing like that before and it was not understanding the feeling that inspired me to chase it even more.”

A man A plan A canal has previously serviced portions of Phantasmagoria, in the form of the 2016 Molasses EP collecting four of the album’s songs and the “I Had To Laugh” single released earlier this year. Now, Kan Wakan presents another advance single — “Still Feather.” In an interview with Pigeons and Planes, Linev said, “‘Still Feather’ ruminates on our industrial daydream; the precarious union of technology and prosperity. It seems we are all transfixed to an exasperated machine sputtering through visions of its golden days, a dubious project cycling scenes of emergent possibilities. And it feels dissonant, out of touch, modern life is driving to the brink of exhaustion, while our synthetic creations grow in number and influence.” The song features vocals fromSAÍGO.”Cinematic music… [that] sounds cool as hell. His music definitely goes for a big sound.” -Pigeons and Planes

Kan Wakan’s “Still Feather” hit #1 on Hype Machine this weekend. Check out the song now to hear why people are buzzing:

“The fresh single showcases the blend of organic and electronic production Kan Wakan has honed over the past few years.” –Consequence of Sound