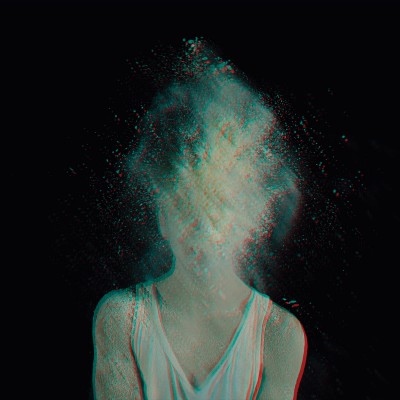 Glint’s Introvert and Extrovert EPs, released last fall and played at stations all around the country, were prefaces to Inverter, the band’s new full-length album. To write the music, band mastermind Jase Blankfort set up his equipment in a group of empty warehouses in Nyack, New York and allowed the immense spaces to shape the sound. The sound of Inverter is certainly monumental, bearing hallmarks of the expansive repurposed buildings in which its songs were crafted. Here, Blankfort obsessed over the details of a record that mixes electronic beats with Britpop guitars, vintage synths, sequencers, shakers, laptop blips, and huge choruses. To finish the LP, Blankfort traveled to a horse farm in Michigan to work with producer Tim Patalan (Sponge, Electric Six). Lively and edgy, inventive and immensely accomplished, the songs on Inverter reflect not only Blankfort’s unique vision of pop music but also the contributions of the new bandmates who helped create it: drummer Anders Fleming and bassist Chris Boecker.

Inverter sounds like the work of a new band making a bold declaration of intent: to make music for wide-open spaces, whether that’s an urban warehouse, a rural farm, or the human heart. The LP is packed with indie rock torch songs that are vast in scope and undeniably catchy in execution. Every track, whether it’s a heart-on-sleeve anthem like “Daydreamers” or a minor-key banger like “Soldiers in the Dark,” thrums with a new buzzy energy as well as a palpable melancholy. For example, on “Get Out the Way” Blankfort remembers old friends and reflects on past emotions as the guitars and synths add exclamation points to his observations, juxtaposing emotional weight with an ebullient hook for what may be the album’s most poignant track. Throughout Inverter, the music lends these everyday devastations a sense of scale and majesty.

“[Glint] capture a haunting ethereality in the context of alternative folk rock, which proves to be extremely evident on their most recent release…”-Earmilk

“[Glint] yearns and careens like a song on the outskirts of something. It’s an emotional, sweeping track that builds from quietly, acoustic moments into huge choruses that burst with fear, longing, and impatience”-Stereogum

RIYL: TV on the Radio, Warpaint, Atoms for Peace, Explosions in the Sky, Minus the Bear, Local Natives, Autolux, The Raveonettes