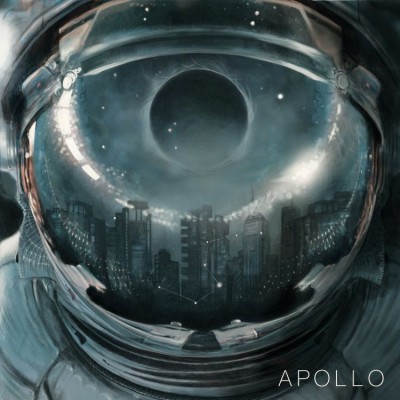 Walden creates contemplative, atmospheric indie rock imbued with a sense of hopefulness. On their debut EP Apollo, the Calgary-based quartet explores the resonance of the past on the present and the alienating effects of technology with acoustic guitar and piano-led songs that respond to the emotional isolation of urban living with a message of solidarity against disconnectedness. Building from a folk background, frontman Mark Loewen assembled drummer Evan Petkau, guitarist Alexander McInnes, and bassist Jadon Peters in the spring of 2013 with the intention of writing expansive, emotive rock. Walden recorded a three-song demo with Steve Dierksen shortly after forming, and set to playing shows in Western Canada with notable acts such as Close Talker, Scenic Route to Alaska, 36?, and Boreal Sons.

Apollo, which was produced by Patrick Palardy and is the band’s first official release, is an intimate record that pairs ballads with rhythmic rock. “Notorious” is the latter, with McInnes drawing the listener into his groovy delay-based hook while Loewen prods listeners into the feeling of being over-exposed by our technology. On “Kingdom,” a vocal chant evokes the repetitive nature of dreams. An electric guitar wash adds to the trance-like feel, while chunky, minimalistic drums and a meandering bassline carry the rhythm and Loewen tells the story of someone trapped by tunnel vision while asking, “Are we dreaming?” Similarly, on the ballad “Edison,” which is in waltz time, Loewen posits, “the world that we see’s just a screen on a wall.” The desire for something that feels real permeates Apollo and ultimately points to the difficulty and paradoxical nature of living disconnected lives in such close physical proximity.