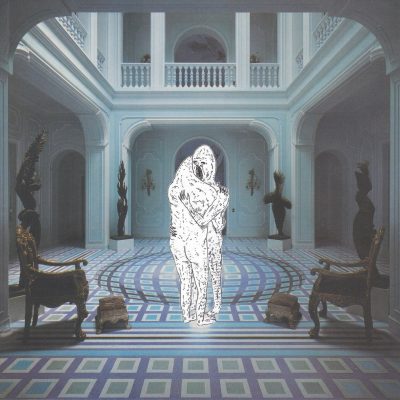 Scavengers, the second LP from Seattle’s My Goodness, continues the sonic evolution the band first teased on last year’s Islands EP. Formed by Seattleites Joel Schneider and Andy Lum after a chance encounter at SXSW, My Goodness has made considerable strides since recording the rocking, bluesy 2014 LP Shiver & Shake live in the studio with Rick Parashar (Pearl Jam, Alice In Chains, Blind Melon). Then, Lum says, “our live show was almost identical to the album experience, whereas now we’re adding a ton of energy and expanding the sound of the new songs when we play them on stage.” This increased creative capacity is due, in part, to the addition of Duke Evers members Kyle Veazey and Josh Starkel to the core duo of Schneider and Lum. According to Lum, “It’s really rewarding when you make music with people that have different influences and style; you’re always learning.”

The roots of My Goodness’ sound remain the same, but they’ve now incorporated a variety of different and new elements. Album opener “Islands,” reprised from last year’s EP, is built on a bedrock of pounding drums, minimal keyboards, and a subtly developing vocal melody. There’s a soulful shimmer to the insistent chug of “Silver Lining” and an upbeat, breezy, synth-pop sheen to “Swim,” while the dreamy “White Witches” glowers with a sultry electronic edge and “Ghost Town” is a multi-faceted song whose catchy splendor is wrapped up in layers of electronics, but which remains thoroughly human. Elsewhere, “Lazy Love” is a tender, wistful lament, while album closer “Cut Teeth” is a full-throttle, guitar-based rock song that harks back to Shiver & Shake. It all combines to make Scavengers an album that truly represents who and what My Goodness is. “We definitely made the conscious decision to not hold back with this record,” says Schneider. “We were careful not to limit ourselves at all, and I think that mentality was important in getting the best songs out of us. We wanted these songs to be us.”

“Where there used to be heavily applied vibrato and scream [in Schneider’s vocals], there is now a melodious clarity of tone.” -Seattle Music News

“My Goodness seems to specialize in the liberation of indie rock… Impenitent and self-assured, the melodies created by My Goodness leave an indelible impression.” -New Noise Magazine