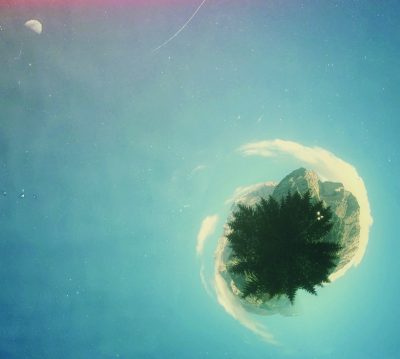 Justin (Jutty) Taylor (vocals/bass), Ryan Malina (guitar), and Julien Bellin (drums) met while playing music together as teenagers in Florida in the 1990s and have been playing music together since, yet Greyface is their first project as a three-piece. Debut album Greyola exhibits the sound of a band drawing from a wealth of influence and experience. Their musical endeavors have been many and diverse: in recent years, Taylor and Bellin teamed up in art-rock band Black& (Black Sand), Taylor and Malina worked together in pop/electro trio Jutty Ranx, and they individually pursued projects with Natalie Walker, Western Lows, and Afropop group The Very Best. Greyface emerged from a 2015 jam session that was particularly inspiring, leading the trio to begin taking itself seriously and record a handful of songs at the legendary Henson Studios in Hollywood (where classics by everyone from Phil Spector and John Lennon to Guns N’ Roses and Rage Against The Machine were recorded), with Malina’s friend Tom Syrowski (Pearl Jam, Bruce Springsteen). With Taylor on tour with The Very Best and Mumford & Sons in Spring 2016, there was some time for everyone to write individually for the project to compliment the material they’d improvised in their original jam session, eventually developing Greyola.

Malina, for example, came up the idea for what became “What Did You Lose” while tripping on edibles, and Taylor brought in bits and bobs of melodies and lyrics crafted during his travels through Africa and the UK. These disparate snippets meshed together nicely, developing into a batch of songs: the delicate “Delilah,” the funky and propulsive “As You Wish,” and the expansively anthemic “Birds.” These songs exhibit the breadth and diversity of musical experiences the members of Greyface have shared over their long creative partnership.

“[The] batch of songs… range from space-rock to crunchy power-pop to grungey anthems. All hail the power of the guitar.” -Buzzbands

“‘Delilah’ is a delicate, somewhat dreary, and downright addictive jam that calls on associations of the glory days of this genre. You could easily find it nestled neatly into an Indie Rock playlist next to Neutral Milk Hotel, The War on Drugs, and The National. Yet, while it certainly grabs hold of those nostalgic feelings, it has plenty of modern appeal, bringing it nicely into 2017.” -The Music Ninja