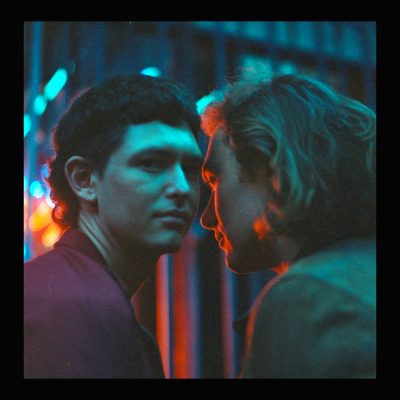 Second LP from lo-fi duo based in the same LA DIY community as Girlpool, Cherry Glazerr, The Garden, and Slow Hollows

Surf Curse is Nick Rattigan and Jacob Rubeck, who started their project in a basement in Reno, Nevada before going to Los Angeles to become a fixture of the DIY scene anchored by internationally-renowned venue The Smell, eventually linking up with likeminded groups like Girlpool, The Frights, The Garden, and Slow Hollows. Coming a few years after the boys broke out with 2013’s Buds LP and Sad Boys EP, new album Nothing Yet marks not a return-to-form but a significant step forward from a group that has grown older, more mature, and more effective as songwriters.

Album opener “Christine F” sets the stage with the repetitive incantation of a dark lyric that serves as a wickedly anthemic mission statement for the band: “Killing my time, killing myself, killing my friends – Oh man, I’d do it again!” On “All Is Lost” and “Nostalgia,” the duo demonstrates its ability to pair youthful musical exuberance with subject matter of loss and disenchantment, and elsewhere their music expresses themes of young and romantic love through a cinematic lens of arthouse movies, as with their name-check of horror director David Cronenberg in one song title and 1995’s violently amoral The Doom Generation in another. Except for the slow and pensive closer “Falling Apart,” the album moves at a fast pace and is buoyed by the band’s energetic take on riff-filled garage rock, making its themes of existential confusion seem downright exhilarating. On “The Strange And the Kind,” Rattigan sings that, “I thought that I’d know everything by this time, but I’ll be dazed and confused all my life.” This rush of emotion is maintained throughout the album’s 25-minute runtime, making for an invigorating and cathartic experience.

“[Nothing Yet is] filled with relatable angst and beautiful atmospheres, [and] Surf Curse has proved again to be one of the best bands currently around in West Coast DIY music.” -All Campus Radio Network

“A blunt garage-pop instrument of the best kind. …They are the sort of band that must kill at house parties.” -The Bay Bridged