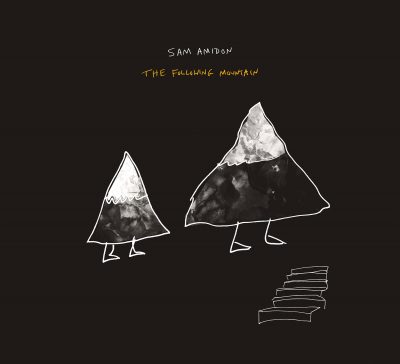 Nonesuch Records has released The Following Mountain, the newest solo album by experimental folk artist, singer, and multi-instrumentalist Sam Amidon. Created with producer Leo Abrahams (Brian Eno, Regina Spektor) and Amidon’s frequent collaborator Shahzad Ismaily, it represents a new approach for Amidon, who has shifted here from his previous norm of re-working traditional folk songs to present nine wholly original compositions with some lyrics drawing on traditional sources. The album features a rare guest appearance by drummer Milford Graves, known initially for his work in the 1960s with free jazz legends Albert Ayler and Sonny Sharrock, and was made during two distinct recording sessions. The first, took place over a weekend in Brooklyn where Ismaily and Amidon brought in Graves, percussionist Juma Sultan (Jimi Hendrix), and saxophonist Sam Gendel for a heavily improvised session; that was followed by time in a London studio where Amidon worked with Leo Abrahams to shape and develop the songs.

“The Following Mountain is a walk through the thickets of the imagination,” Amidon says, “… a personal mythology of sounds and visions and characters. It is my first album of original music, but is still linked to the Appalachian music I love, as well as improvisation, beats, Don Cherry, Vermont, London.” The Following Mountain is Amidon’s sixth album and follows Lily-O, his 2014 Nonesuch-released collaboration with guitarist Bill Frisell.

“Amidon and producer Leo Abrahams reverse engineered songs from individual moments of the master jam, and drew out a unifying, gently driving rhythm across the album. The resultant music rolls and shimmers, with hard little fillips of guitar glinting in waves of woodwinds and violins, organs and electric basses.” –Pitchfork

“The Following Mountain rewards us with the marriage of the two Sam Amidons—the inflection of those old-soul melodies meet the nuances of his [former band] Popcorn Behavior. He’s made popcorn from folk music. He’s made jazz. And he has got us all whirled up in all sorts of ways.” –Under The Radar