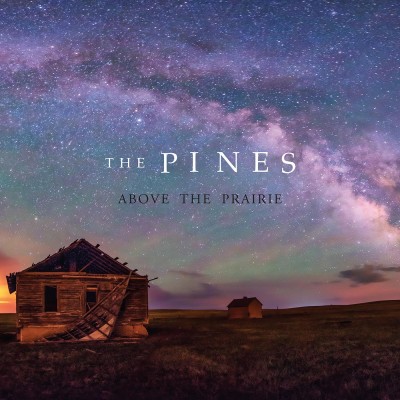 Called “quietly gripping” by legendary rock journalist David Fricke (Rolling Stone), Minneapolis-based The Pines sound like a Brian Eno for the Great Plains. Their native Midwest is their muse, and their songs explore the vast expanses around and above them to find beauty in the isolated towns and farms that dot the landscape and the array of stars that dot the night sky. The Pines have shared the stage with everyone from Arcade Fire and Bon Iver to Mavis Staples, and their 2012 LP Dark So Gold was named the third best album of the decade by the Minneapolis Star Tribune and called “a soundtrack of American Gothic intensity” and “a stunner of an album” by Vintage Guitar Magazine. Yet, with Above the Prairie, the trio of David Huckfelt and brothers Benson and Alex Ramsey have crafted their most ambitious record to date, melding their lush, layered sound with vivid, imagistic lyrics that celebrate the landscapes and history that gave birth to it.

Captured quickly in the studio, the compositions and arrangements attest to their creators’ keen eyes for detail and framing. They blend celestial, ethereal atmospherics with rich, warm vocals and earthy acoustic instruments to create gripping music. Needing to feel at home is a recurring theme on the record. On “Where Something Wild Still Grows,” Huckfelt longs for a place “through the trees, past the city, beyond the glow” where he can be at ease, and when Ramsey sings “hold, hold on to me” on the lush, sweeping opener “Aerial Ocean,” it’s impossible to tell whether he’s singing about a person, the prairie, or both. “Sleepy Hollow” finds Ramsey contemplating our treatment of people and the planet as he looks into the night sky, “Here” embraces the band’s community with background vocals from fellow Iowa-born musicians including Iris Dement and Pieta Brown, and “Time Dreams” employs Native American poet John Trudell to explore the true transience of everything we find familiar. “People say you can’t step in the same river twice,” says Huckfelt, “but you can’t even step in the same river once, because change is the only constant. Home isn’t the same home you remember, and you don’t get a minute to catch your breath.”

“Just when we think we know what we’ve come to expect from the Pines… they put out a new song that hits so close to the gut that it reminds us that they are truly a singular band.” -The Current

“Reminiscent of Ryan Adams, Alpha Rev and even some latter-day Bob Dylan, the pride of Minneapolis goes full-bore reflective in this bluegrass, country and Americana record that is deep in mood and lyric alike… a quality album.” -The Washington Times