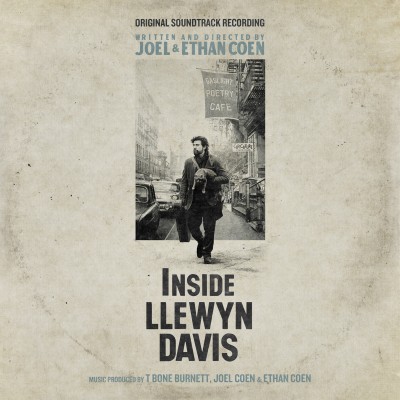 The Inside Llewyn Davis soundtrack for the new Coen Brothers movie of the same name, is going for adds this week. The Coen Brothers will be releasing their new feature length film on December 6th. The film, starring Oscar Isaac, Carey Mulligan, John Goodman, Garrett Hedlund, and Justin Timberlake, has already received much praise, such as winning the Grand Prix at the Cannes International Film Festival. Inside Llewyn Davis follows a week in the life of young folk singer Llweyn Davis (Oscar Isaac) as he navigates the Greenwich Village folk scene of 1961. The album includes 12 tracks created specifically for this film as well as a previously unreleased Bob Dylan song recorded during The Times They Are A-Changin’ sessions. The album features contributions by Marcus Mumford (of Mumford & Sons), Chris Thile, Punch Brothers, Oscar Isaac, Justin Timberlake, and more. Inside Llewyn Davis is infused with the transportive sound of another time and place and the soundtrack is a window into that world.