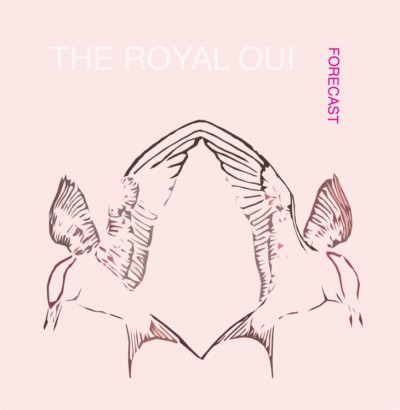 Under the name The Royal Oui, the married duo Adrienne Pierce and Ari Shine are set to release their two-song EP, Forecast. The first track, “When You Love Your Mind”, premiered on American Songwriter in August. Acoustic and slide guitars mix with entrancing vocal harmonies creating a distinctly modern sound. The Royal Oui‘s second single, “Actual Size”, premiered over at Rolling Stone last week. The song, “..started out as a moody little acoustic number, but it quickly took on a life of its own,” says Pierce. A lot of the percussion on this track was actually created by banging on the guitar.

Before The Royal Oui, both Pierce and Shine had successful songwriting careers independently. They also both spent time teaching in NYC, but after Hurricane Sandy, decided to move to Vancouver and focus on writing music together. Forecast marks the The Royal Oui’s first EP and serves as a teaser for their full length album expected out in early 2014.

RIYL: Grouplove, Family Of The Year, She & Him