Joseph and the Beasts 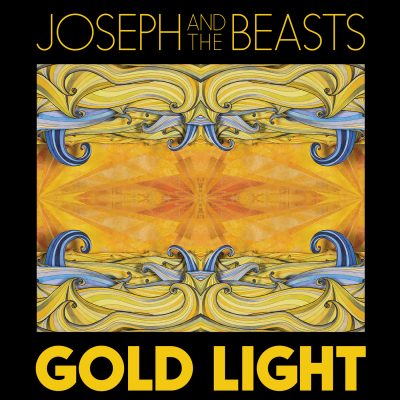 The brightest stars are the ones bathed in the light of their neighboring suns. Springing from the edge of the eclectic Baltimore music scene and the mind of multi-instrumentalist Joseph Mulhollen, Joseph & The Beasts traffic in counter-rhythms that build from muted whispers to fevered crescendos, with each movement punctuating the group’s layered soundscapes. The band’s first full-length release, Gold Light, builds on Mulhollen’s solo work by bringing to bear the full weight of the talent that surrounds the Buffalo-native-turned-Baltimorean in his current home. The group, which also includes Alex Champagne, Patrick Edwards, and Greg Woodward, began as a performing entity and toured for over two years in support of Mulhollen’s dense and dynamic 2012 LP Problematical Animals. It was during this time that the songs began to take on a more collaborative tone, leading to a name change and renewed focus as a band. Joseph & The Beasts specialize in a sonic territory that is transformative and infectious, as shifts in time give way to sprawling valleys of fuzz-drenched keyboards, before soaring vocals erupt into a fervor-filled maelstrom. Each new musical texture tells its own story and carries with it a clear sensation – a perfect construction of acoustic monuments over electronic landscapes.

Recorded by Steve Wright at WrightWay Studios in Baltimore, Gold Light finds the band reaching towards former plans and approaches, deconstructing them, and re-building from the ground up to provide an output that teeters between the raw, delicate, aggressive, and introspective. New listeners may notice nods to PJ Harvey, Sonic Youth,and Jeff Buckley’s falsetto. But the totality of these facets effect something utterly unique, and Gold Light presents an epic journey of powerful, complex anthems full of surprises and executed with stunning precision.

“… Joseph & The Beasts champion a compelling harmony of textured vocals, and experimental soundscapes… This dynamic, electronic vista could just as easily been set to the backdrop of an interplanetary voyage.” -IMPOSE

Check out the official video for “Tangled Tern” below.