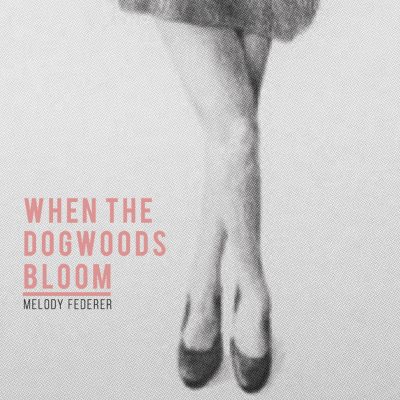 Melody Federer weaves captivating, raw and emotion-filled stories based on a life full of love, loss, and adventure. On the move since her youth, she has already collected a long and winding road’s worth of memories that she pulls from for inspiration — yet her travels are just beginning. Originally from Dallas, Federer became enthralled with music thanks to her father, a pastor, who taught her to sing and play hymns on guitar. At 20, she ran away to Paris with a jazz pianist she met at a party in New York. The duo left Paris for Los Angeles, where Federer began busking before securing a residency and catching the ear of Grammy-nominated producer/songwriter Billy Mann, who offered her a full-time publishing deal as a writer for some of pop music’s top stars. After a stint in Nashville, Federer has now returned to LA and is ready to step back into the spotlight and share her story with the world.

The songs on When The Dogwoods Bloom, Federer’s new album, were mostly written and recorded in Nashville – some produced alone by Federer in her closet, and others in the studios of Grammy-winning friends – and inspired by her recent experiences falling in love and becoming a mother. On ruminations like “Something To Show” and “My Nights Were Made For Loving You,” the songstress challenges nomads like herself to stop running away from something as beautiful as love, and on “Standing” she makes a case for love’s perseverance in the face of challenges. Combining elements of Americana with her pop writing chops, the truthful and relatable songs on When The Dogwoods Bloom are gorgeously rendered; whether they’re arranged simply (as on the title track) or embellished with modern electronic flourishes (“Moonshine”), they serve as excellent platforms for her intoxicating vocal melodies and harmonies. In a recent note to fans, Federer explained, “With this album I am returning to my roots… These are the most intimate songs I’ve ever written, and… I have been itching to make this album for years.”

“Gentle sounds that invite the listener on a chill adventure; the perfect soundtrack for a sun-soaked lazy beach day or a relaxing road trip…” -Hello Giggles