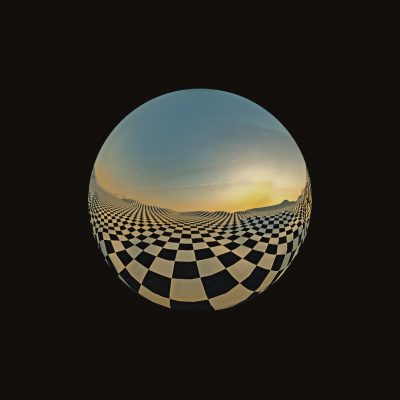 Kan Wakan takes the formulas of Bristol-era cinematic electronica, jazz, and celestial soul and dissects them, slowly evolving unique hybrids that are rooted in communal clarity. The project features Bulgarian-born multi-instrumentalist Gueorgui Linev along with a rotating cast of talented vocal collaborators. As a highly-regarded producer with Thundercat and Moses Sumney credits to his name, Linev prefers to work in-person with artists – people he trusts and considers more as curators than guest vocalists – to see what happens. His new LP, Phantasmagoria Vol. 1,  prominently features the mysterious and moody croon of guest vocalist Elle Olsun, a longtime friend whose voice can seamlessly guide any listeners through whatever headspace they’re in. Other featured artists and performers include The Sofia Philharmonic Orchestra, lan Chang (Son Lux), Gene Coye (Flying Lotus) and close collaborator Joshua Halpern, who produced much of Moses Sumney’s Aromanticism alongside Linev.

The new LP may be Kan Wakan’s most diverse, vital work yet, and as such Linev sees it as representing a redemptive rebirth. Its surreal sonic noir advances Linev’s masterful compositional expanse well past the structural confines of his debut, 2014’s beloved Moving On. Says Linev, “I’ve always been all about getting lost in a record, putting on my headphones and just listening, over and over again. If I like it, it’s a record I live in for weeks.” Phantasmagoria Vol. 1 is exactly that kind of album — a delicately constructed dance between the warmth of reality and the cool transience of dreams, comprised of 11 tracks that each represent a distinct compositional movement.

“This tight, glitchy, jazz-tinged number [“Indigo”] was quite a pleasant surprise. The track features L.A.-based Elle Olsun in an outstanding vocal turn… You’ll find it to be the perfect balm to soothe your weary soul.” -KCRW