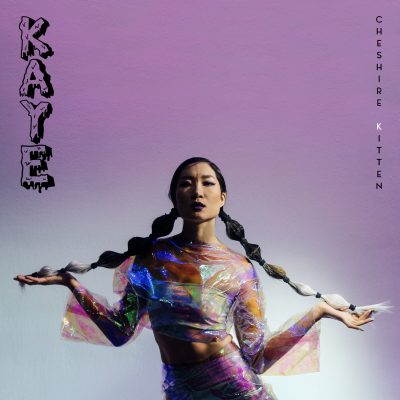 KAYE was born in Honolulu and spent her childhood all over the globe, relocating to Singapore, Hong Kong, Arizona and Michigan all before she turned 18. The musically-obsessed teenager grew into a virtuosic adult, releasing an album under her full name, Charlene Kaye, and then becoming the lead female vocalist in the New York-based indie rock collective San Fermin. What began as a single European tour with the band led to touring full-time, playing major festivals like Lollapalooza, Firefly, and Austin City Limits; sharing the stage with St. Vincent and Arctic Monkeys; performing on a sold-out North American tour with alt-J; and receiving rave reviews from the likes of Rolling Stone and the Wall Street Journal. In the meantime, on her laptop in the tour van, she returned to creating her own music in the form of demos sent back and forth with producer Elliot Jacobson. The resultant EP, HONEY, earned critical plaudits and found plenty of success with radio.

A few months after the release of San Fermin’s new album Belong, KAYE returns with the “Cheshire Kitten” single, which just premiered via Popcrush. Of the song, KAYE says, “Women in the entertainment industry are often put in boxes and there’s an urge from the media to categorize us as only one thing, so the song celebrates the fact that we are versatile creatures who can be lots of contradictory things at once.”

“Indie pop powerhouse KAYE tumbles down the rabbit hole of gender and cultural expectations on ‘Cheshire Kitten,’ a feminist future-funk anthem as eccentric as a Lewis Carroll character and as catchy as Chaka Khan” – Popcrush