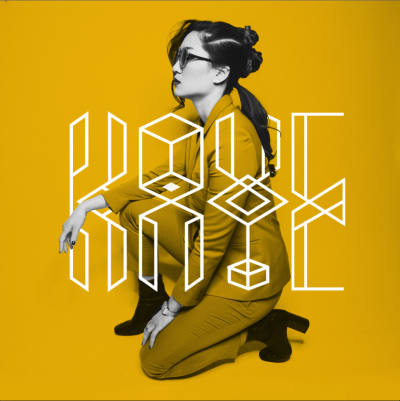 KAYE was born in Honolulu and spent her childhood all over the globe, relocating to Singapore, Hong Kong, Arizona and Michigan all before she turned 18. The musically-obsessed teenager grew into a virtuosic adult, releasing an album under her full name, Charlene Kaye, and then becoming the lead female vocalist in the New York-based indie rock collective San Fermin. What began as a single European tour with the band led to touring full-time, playing major festivals like Lollapalooza, Firefly, and Austin City Limits; sharing the stage with St. Vincent and Arctic Monkeys; performing on a sold-out North American tour with alt-J; and receiving rave reviews from the likes of Rolling Stone and the Wall Street Journal. In the meantime, on her laptop in the tour van, she returned to creating her own music in the form of demos sent back and forth with producer Elliot Jacobson. The result is the new EP, HONEY.

The EP is a palette of polarities, reflecting the taste of a musician who was once equally as obsessed with Destiny’s Child as she was with Nine Inch Nails. “Honey” is a fierce self-love anthem featuring scuzzy guitars, doo-wop harmonies, and pounding drums while “UUU” (pronounced “You”) employs grunge bass flecked with the skittery percussion of 80s-era Janet Jackson. Standout track “Armies” features KAYE’s acrobatic voice detailing manipulative emotional warfare as the cause of a crumbling relationship, while “Porcelain” is a glam-rock romp accentuated by glitchy drums. There are worlds to explore within each song — enter KAYE’s universe.

“One of the finest examples of indie pop.” -Consequence of Sound