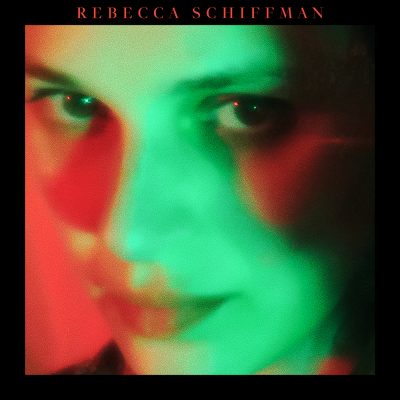 Rebecca Schiffman – a musician, painter, and jewelry designer who VICE once called “a long-lost Royal Tenenbaums character” – writes songs that are frank, beautiful, and a little off-kilter. In the seven years since her last LP, the warm and vibrant To Be Good For A Day, Schiffman saw her songs used in Lena Dunham’s Tiny Furniture; her jewelry worn at Coachella by Grimes and profiled in the New York Times; and her life upended as she moved from New York to Los Angeles. It was in LA where she met Mark Ramos Nishita, also known as Money Mark. Though Nishita has played with everyone from Nile Rodgers and Yoko Ono to Iggy Pop and Lee “Scratch” Perry, and is best known for his work with the Beastie Boys and Beck, it was the lush, lo-fi arrangements on his acclaimed solo albums that made Schiffman want to work with him. Produced by Nishita, Schiffman’s third, self-titled LP pushes her music in new directions with a renewed sense of purpose.

The most personal songs on Rebecca Schiffman chronicle her transition from New York to Los Angeles as well as an artistic struggle from self-doubt and paralysis to finding her voice anew. The breezy, poppy “Walking to the Subway” is an homage to a carefree time of living at home in NYC and going out every night, while “Childhood Bedroom Claustrophobia” and “Nico” share a stifling sense of time folding in on itself. “Tips for Conquering Fear of Flying” and “Time for Your Renaissance” suggest a newfound self-assuredness while poking fun at the “self-help” genre with dry humor. The recordings are delicate but confident, with catchy, sidewinding melodies and flirtations with new sounds and influences, like the keyboards and lap steel guitar on “Walking To The Subway,” the Julee Cruise-inspired backing vocals on “Nico,” and the early Pink Floyd-inspired jet engine guitar on “Tips For Conquering Fear Of Flying.” The latter was played by guitar wizard Nels Cline (Wilco, Thurston Moore), one of several esteemed collaborators including pianist Jay Israelson, bassist Ethan Glazer (Song Preservation Society), trumpeter Clinton Patterson, drummers Justin Sullivan (Kevin Morby, The Babies) and Angelo Hatgistavrou, multi-instrumentalist Mike Bloom (Rilo Kiley, Jenny Lewis), and guitarist Max Bernstein. Her influences include Robyn Hitchcock, The Kinks, Syd Barrett, Belle & Sebastian, Jeffrey Lewis, and Carly Simon; yet Schiffman brings something of her own that defies easy comparison, in the way she experiments with unexpected chord changes and harmonies – as well as her talent for finding meaning in unlikely places. Rebecca Schiffman is an album of small gestures drawn out into elegantly crafted statements. It’s a renaissance with staying power.

“She has such a deadpan yet sincere voice, like a less goofy Kimya Dawson or a more goofy Suzanne Vega. Plus she has a lisp for a lil’ touch of cuteness. Her lyrics are great too.” –VICE

“Her lyrics… often dive into that feeling that everything isn’t what it seems, often in poetic ways (concise poetry that carefully evokes without getting wrapped up in itself, always the best kind).” –Sponic Zine