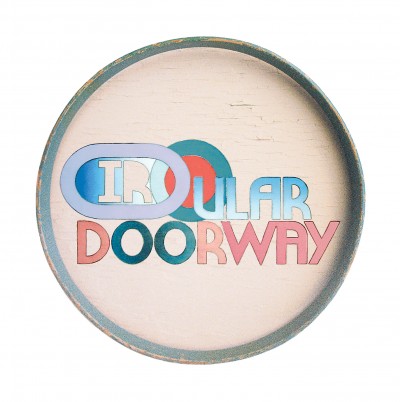 LAKE is a work-all-day, work-all-night pop ensemble – the sort of band whose idea of taking a breather from the studio is setting off to record another album. Their fifth album, Circular Doorway, is the result of exactly that. While working on the meticulous The World Is Real for K in the spring of 2012, LAKE journeyed to Anacortes, Washington to Phil Elverum‘s studio, the Unknown (set in an old Catholic Church), where the group teamed up with the album’s producers, Karl Blau and Mt. Eerie‘s Paul Benson, who guested as drummer. The title track serves as an introduction to Circular Doorway, opening immediately with Ashley Eriksson’s soft and sweet vocals, accompanied by bells and tambourines, setting the stage for a sunny afternoon stroll. The track eventually dissolves into a percussive and jazzy instrumental section, which transitions the album from its twee beginnings to standout “What You See Is What You Get”. A funkier track with an undeniable groove made unique by sensually oscillating tremolos, 808 style claps and an organic, mid-tempo drum beat, Eriksson’s vocals move away from her sweeter tendencies to create a smokier, almost lounge-style sound, reminiscent of Cat Power. “No Wonder I” is another beautiful gem from Circular Doorway that was featured prominently in the popular Cartoon Network program Adventure Time. A gentle acoustic guitar rhythm accompanies a bossa nova beat and languid saxophone on this track, and the result is a gorgeous number that crystallizes the album’s emotive pop charms. “Alone” closes Circular Doorway in somber, solitary fashion. Its faint hopefulness is hinted through its muted, minor key melodies, and the simple sheen of its guitars. Solitude seems to get the last word on Circular Doorway, but not from a point of view of cynicism or misanthropy. Instead, it’s an inevitable resting point at the close of such a spontaneous and collaborative album.