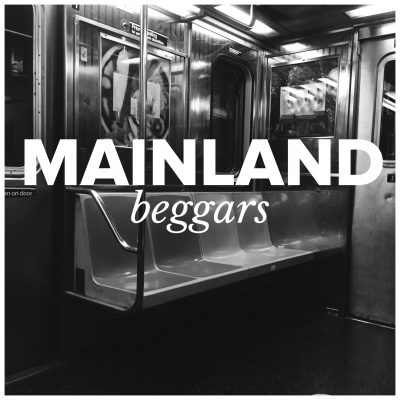 Mainland, the NY-based three piece composed of enigmatic frontman Jordan Topf (vocals, guitar), Corey Mullee (guitar, synths) and Alex Pitta (bass), are preparing to release debut album Night Trials this fall. Recorded by Kevin Augunas (Cold War Kids, Edward Sharpe & the Magnetic Zeros) at Fairfax Studios in Van Nuys, CA – formerly home to Sound City Studios, where legendary recordings by Fleetwood Mac, Tom Petty & The Heartbreakers, and Nirvana were made – Night Trials follows the release of three successive EPs that have gotten attention from the likes of NME; NYLON; SPIN; Interview; Brooklyn Vegan; Consequence of Sound; Rolling Stone; and Billboard, which praised the trio for creating “fire-starter anthems, which showcase their penchant for massive hooks.” “Outcast,” the lead track on the band’s 2015 EP of the same name, has become a viral hit with more than one million streams on Spotify, and the band has shared the staged with Of Montreal and The War on Drugs and toured with Catfish and the Bottlemen, Rooney, Atlas Genius, and We Are Scientists.

“Beggars,” an advance single from the upcoming LP, was inspired by Topf’s subway rides home after his shifts bartending in New York. “I was just looking at all of the people on the subway and thinking about how I fit into all of that,” he told The Wall Street Journal in an interview. “I wanted to sing to people that are maybe doubting their dreams.” Over huge, hip-hop inspired beats, Topf exhorts listeners to not “give up” their dreams. The song is already beginning to build upon Mainland’s previous success, finding features on Spotify’s New Music Friday, Weekend Buzz, Topsify US Alternative Top 40, New Noise, The Indie Mix, and elsewhere.

“[‘Beggars’] showcases what makes the band an up and coming indie giant. [With] relentless bass, optimistic and thoughtful vocals, and a sound that rivals contemporaries like Cold War Kids and Spoon, the tune is a must hear.” -Ear To The Ground