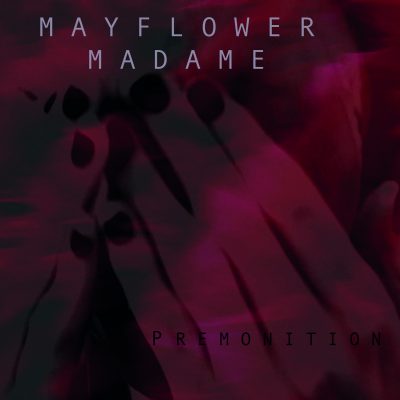 Formed in Oslo, Norway, during wintertime, Mayflower Madame got its start in an industrial building shared with a carwash. The band began to rehearse amidst the gritty surroundings, quickly finding their sound and recording a four-track demo. After gaining some attention on the radio, the quartet of Trond Fagernes (guitars/vocals),Havard Haga (guitars), Petter Marberg (bass), and Ola J. Kyrkjeeide (drums) began playing all around Norway. By the time they released their first EP, 2013’s Into The Haze, they had already played festival shows with Nick Cave & The Bad Seeds and My Bloody Valentine. The EP, and a subsequent single released in 2015, earned the band opening slots with the likes of Crystal Stilts, La Femme, Killing Joke, and Moon Duo, culminating in the 2016 release of debut LP Observed In A Dream.  The Revue called that album a “mesmerizing journey across the tundra in Norway’s more remote areas,” while Louder Than War applauded its “deliciously fresh hint of darkness.” Its dazzling display of darkly inflected post-punk swathed in shimmering psychedelia earned them rave reviews across the globe and since then they have toured both in Europe and North America.

Mayflower Madame is currently sent to return to North America for a tour in advance of their upcoming second album, due later this year. In the meantime, the band has released the dreamy Premonition EP, with four new atmospheric and driving songs.

“This is dark, brooding stuff positively drenched with swagger. The shoegaze tendencies provide tremendous depth to the songs, letting the jangle of the guitars still hit with a lot of impact.” – Ghettoblaster Magazine

“Coming on like a wicked mix of Echo &amp; The Bunnymen and the Gun Club, feeding their paranoid dreams with an unrepentant dose of edgy psychedelia, this Oslo-based band rather surprised everyone by presenting an album full of rich, sinuous texture like not too many manage or even dare to consider in this realm.” -Stereo Embers Magazine