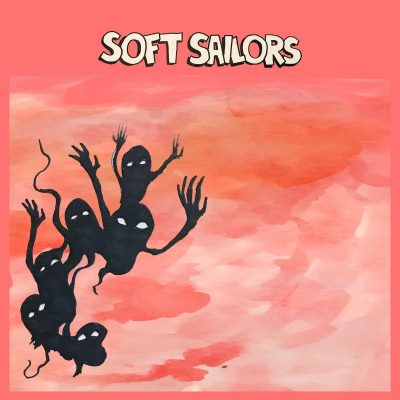 Soft Sailors is the new project from Geoff Geis, who long ago moved from Alabama to Los Angeles. Over the past decade, he’s booked shows at venerable venues like The Smell and Pehrspace, released tapes on the Vanity Projects label, covered the DIY beat in a column for LA Record, acted as a regular fill-in as a DJ on local station KXLU, tabled at the LA Zine Fest, and displayed visual art at galleries around Southern California. As a musician, he fronted the five-piece prog/punk project Pizza! and co-led an arty and emotive indie group called Big Whup; he also released a critically-acclaimed solo album called Princess in 2011 (featuring future members of Moaning and LA Takedown), played bass in So Many Wizards for a while, participated in all 16 editions of the postmodern Mabson Enterprises cover compilation series, and has amassed more than a million followers on his intentionally-obnoxious personal SoundCloud. Yet Soft Sailors is Geis’ first serious offering in a while.

When his previous bands dissolved, he came close to quitting music. “I had a rewarding job in education and the idea of starting something new seemed impossible,” he says. Yet, “I wasn’t exactly happy. LA is challenging, and I’d come here for a reason I wasn’t fulfilling. I felt overwhelmed.” But writing songs eased his ennui, and he was inspired by his frustrations with music and the city that he began crafting a batch that was stronger and more poignant than his previous work. Rather than quit music, Geis quit his job and picked up two part-time gigs that seemed more conducive to launching a new project – as a bartender on Sunset Boulevard, where he hoped to meet potential bandmates, and as a radio promoter, where he intended to gain insight into the music industry he’d previously shunned. When he hasn’t been at one of those jobs, he’s spent the past two years collaborating with his friend and co-producer Tyler Sabbag (of Netflix’s Chef’s Table) on an album that’s nearing completion. He’s also also put together a formidable live band, with his Big Whup compatriot Jenna Eyrich Parker on bass, her husband Andrew Parker (Sweet Bump It, Rumspringa, Mister Fantasy) on lead guitar, and drummer General H – of Cockeyed Ghost and Boy Scouts of Annihilation – who he did, indeed, meet at that bar on Sunset Boulevard.

The Soft Sailors Mixtape is an introduction, featuring two songs from the upcoming record (“Shake It Up” and “Had Some Dreams”) alongside a set of home recordings that include sound collages, instrumental jams, a handful of choice covers, and a couple of  songs (“Wish You Were Here,” “Rollin’”) that didn’t fit on the upcoming album.