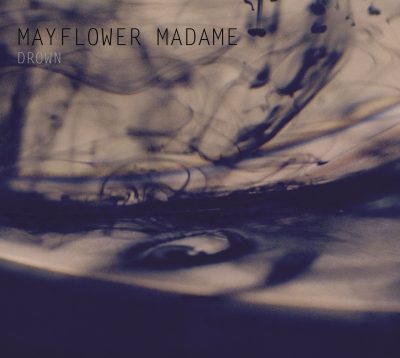 Formed in Oslo, Norway, during wintertime, Mayflower Madame got its start in an industrial building shared with a carwash. The band began to rehearse amidst the gritty surroundings, quickly finding their dark, post-punkish sound and recording a four-track demo. After gaining some attention on the radio, the quartet of Trond Fagernes (guitars/vocals), Havard Haga (guitars), Petter Marberg (bass), and Ola J. Kyrkjeeide (drums) began playing all around Norway. By the time they released their first EP, 2013’s Into The Haze, they had already played festival shows with Nick Cave & The Bad Seeds and My Bloody Valentine. The EP, and a subsequent single released in 2015, earned the band opening slots with the likes of Crystal Stilts, La Femme, Killing Joke, and Moon Duo, culminating in the 2016 release of debut LP Observed In A Dream.

The band has released a new single, “Drown,” in advance of its first-ever tour of the United States. The song picks up where the critically-acclaimed Observed In a Dream left off, adding another layer to their dark and haunting blend of post-punk, shoegaze, and psychedelia. In addition to the new single, this digital servicing includes the entirety of Observed In A Dream.

“Mayflower Madame’s sound has been compared to My Bloody Valentine, Spacemen 3 and The Jesus & Mary Chain. Which might seem a little obvious. But actually only tells part of the story. Throw in a few post-punk references too. We’re thinking Bauhaus, The Chameleons and The Sisters Of Mercy, and the melting pot of influences that makes up their sound is more or less complete.” – Drowned in Sound

“This is dark, brooding stuff positively drenched with swagger. The shoegaze tendencies provide tremendous depth to the songs, letting the jangle of the guitars still hit with a lot of impact.” – Ghettoblaster Magazine