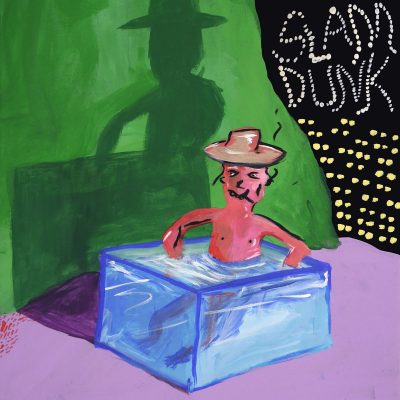 File Under: Music has released “F*cking Around” by Slam Dunk, the next audio/visual single in its One Song At A Time series. It’s the first new recording from Slam Dunk released since 2012, although the intervening years have been busy for the band – they’ve toured the world, opened for Built to Spill and collaborated with that band on its videos, and produced a full-length mocumentary about a tour it didn’t go on with the Arcade Fire. On “F*cking Around,” the band produces a heroically chaotic blast of rambling, intense punk.

“F*cking Around” follows One Song At A Time singles from Skye Wallace, Johnny Foreigner, Pill Friends, Wallgrin, and Slime Girls. The band’s Jordan Minkoff directed the clip for “F*cking Around,” and the visuals are true to the spastic, colorful energy Slam Dunk puts forth in its music. Watch it below.

“[Slam Dunk mixes] the youthful rebellion/abandon formula so readily apparent in bands like Black Lips, FIDLAR, and Wu Lyf with the structuring chops of the E Street Band.” -PopMatters