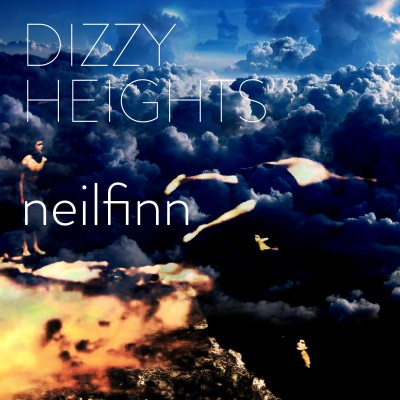 Crowded House frontman Neil Finn is releasing his third studio album, Dizzy Heights. This record, which follows his sophomore outing, Try Whistling This and One Nil (or One All), was confirmed during a Brooklyn Vegan webcast from Finn’s Auckland studio, where he previewed three songs from the record. The 11-track album was recorded between Finn’s Auckland studio and Tarbox Road, the upstate New York studio of Dizzy Heights co-producer Dave Fridmann (The Flaming Lips, Tame Impala, Mercury Rev). Of his latest effort, Finn notes, “I didn’t want to make it a solo record in a stripped back singer-songwriter sort of way…I had a feeling Dave would be good at adding some odd shapes to the music, which I always welcome—making things a little more expansive. He is good at subverting things, and making things sound a bit messed up and not as obvious, rather than being too tasteful, which is always a temptation.” Finn’s rigorous work ethic and attention to detail provides Dizzy Heights with a textured, heady sound, marking a fresh leap for the already accomplished New Zealand artist.