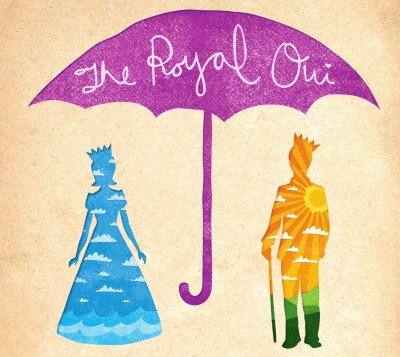 The Royal Oui are proud to release their debut, full length, self-titled album. Ari Shrine and Adrienne Pierce are a husband and wife duo based out of Vancouver, Canada. Both have had successful music careers on their own. In 2006, Ari was the co­-winner of the John Lennon Song of the Year award and a Grammy shortlister for Americana album of the year in 2012. Adrienne came to be known as the West Coast songstress who toured with the likes of Jane Siberry and Damien Rice. Both Shrine and Pierce were music teachers in New York City, but after Hurricane Sandy, they moved to Vancouver and formed The Royal Oui. Over the eleven songs of The Royal Oui, the duo find the words, harmonies, and textures to charm us through the good, the bad, and the changing times that go into a growing relationship. “Dirty Snow” turns “Let It Snow” on its head, reflecting on the wintery aftermath of Hurricane Sandy. Their full-length is the culmination of their separate musical histories intertwining and resulting in a set of pretty yet melancholic songs.