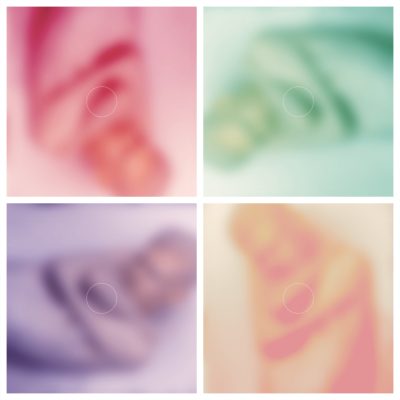 With I Have So Much Love To Give, Occurrence has made their best, most complete work yet, filled with both their most energetic anthems and tear-jerking ballads. Yet the swoon-worthy and heartbreaking new album wasn’t supposed to happen. Everyone in Occurrence was a little fried after finishing their second album, Everyone Knows the Disaster Is Coming, and they all have a lot going on in their lives. Cat Hollyer writes for Hallmark and has four children, and her fellow Occurrence singer Johnny Hager teaches high school Spanish in New York City, while composer Ken Urban is busy both writing plays and teaching playwriting at MIT. For practicality’s sake, they only set out to do “a single or an EP” when they began their sessions in January of 2019. But making music is sometimes a lot like binging a television show — when you’ve got a good storyline, it’s hard to stop. The breakthrough came with “A Parade of Regrets,” a rumbling darkwave ballad that begins with the line, “Happiness will kill you slowly/Better off to make it quick.” Once that song was finished, Urban realized his band had found a narrative framework for what would become their third album, and they had to keep going.

Inspired by Roland Barthes’ book A Lover’s Discourse, Urban decided to structure I Have So Much Love To Give around the journey from a relationship’s start to its end. “Side A is all about the joy of falling in love and the intense desire you feel for somebody else,” he says. “And then Side B is when it all goes to shit.” The resultant album is the group’s most cohesive. According to Urban, “with Everyone Knows we were recording together, but we were still thinking ‘This is a Cat song. This is a Johnny song.’ And this one felt like, ‘Oh, this is like our first album as a real band.’” The band also collaborated remotely with producer and sound designer Daniel Kluger via the software program ListenTo, which allowed them to finish mixing the album during Zoom sessions, with Urban bringing in Christian Frederickson from beloved band Rachel’s to play viola on three tracks, and Kluger bringing actor-musician Peter Mark Kendall to play guitar on “The Preferred One.” “We like the cold and electronic aesthetic, but for some things, like ‘My Eternal Autumn,’ we were like, ‘if we have Christian playing the viola supported by my electronics, then it’ll actually make something feel bigger and more organic,’” Urban says. “Daniel pushed us to think about ways to incorporate more acoustic instruments, which feels like a big step forward for us.”

“Occurrence offers a unique peek into what loving is truly all about. “ – Week in Pop