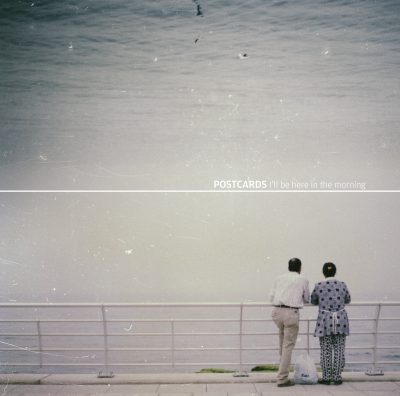 Postcards is a dream pop/indie rock band that features hushed, introspective vocals that float over expansive sonic spaces that shift between harsh noise and dreamy soundscapes. Formed by four friends – Julia Sabra, Marwan Tohme, Pascal Semerdjian and Rany Bechara – in Beirut, Lebanon, the band is concerned with capturing the constant oscillation between opposite states of mind that they feel from living in Lebanon. On their debut LP, I’ll Be Here In The Morning, Sabra’s lyrics reveal a young woman caught between hope and disillusionment, while the album finds the band expanding its musical reach beyond the alt-folk sounds of the three well-received EPs that came before it. Produced by Fadi Tabbal of Tunefork Studios, the instrumentation compliments Sabra’s pensive and contradictory words with nods to dream pop, noise rock, shoegaze, downtempo electronica, and jangle pop.

The band has been regularly touring Europe, the UK, and the Middle East since 2014 and have also opened for bands like Beirut (2014) and Angus & Julia Stone (2015). Yet I’ll Be Here In The Morning is the band’s most complete and sincere expression yet, positioning them for even more success to come.

“One of the most exciting and rewarding projects to come out of the country’s burgeoning alternative music scene.” -Project Revolver