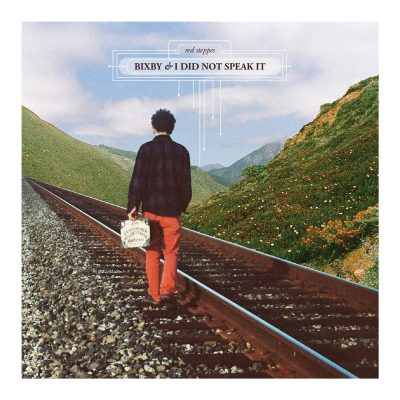 Singer-songwriter Nika Aila States, who performs as red steppes, has been writing and performing songs for years. Living in the Bay Area, her geographical inclinations have led her to nurse a deep preoccupation with a sense of place, writing songs with an ocular lyrical panache that deals first with finding a setting – usually one that’s near and dear to her heart. A Mouth May Grow is her upcoming first full length, recorded and mixed to tape at the legendary Tiny Telephone Studios in Northern California. The songs are built from organic and felt performances, drawing their aesthetic language from the bounded period of long days and evenings in the studio, from the generous imitations of analog tape. The songs saunter through mapped points on the Western coast of the US, explore growth and decay, and interrogate narrative tropes surrounding love, gender, and industry. Driving the album’s musical exploration is a deep respect for folk music, age-old melodic traditions, and for the experimental and irreverent. States’ wider artistic practice as a visual artist can’t help but find its way into her musical work, which touches on the yearning for a sense of place, the positioning of botany and landscape as teacher and translator, and the pregnant silence of uninhabited places.

Here are two advance singles from the project, which arrives in full this Spring from Native Cat Recordings. According to States, “Bixby” was an attempt to create something “both comforting and uncomfortable.” It’s set in Big Sur, which States describes as “a place of movement, and vigor, unapologetic about both its boundaries and its graces.” “I Did Not Speak It” is written about a salt marsh and the sinking ghost town of Drawbridge, which States says is “the place I take the people most important to me.” It’s an aural testament, on the surface, to the power of music to call you back to the places you used to know. Hidden beneath lush voicings and mildly minor folk tones, however, lies an elegy about mortality: a musing about the way people deal with change and how death can affect those around them.