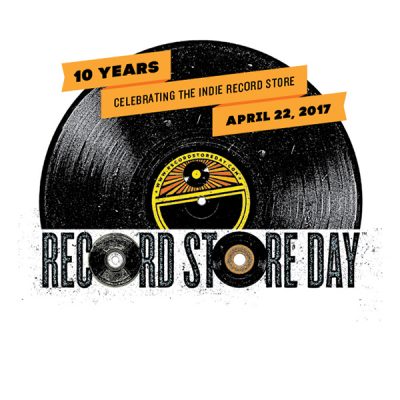 Record Store Day was conceived in 2007 at a gathering of independent record store owners and employees as a way to celebrate and spread the word about the unique culture surrounding nearly 1000 independently owned record stores in the US and thousands of similar stores internationally. This is a day for the people who make up the world of the record store—the staff, the customers, and the artists—to come together and celebrate the unique culture of record stores and the special role independently-owned stores play in their communities. Special vinyl and CD releases are made exclusively for the day, and hundreds of artists make special appearances and performances. In the past, radio stations have also done vinyl giveaways, all-vinyl radio shows, remote broadcasts from record stores, and more to commemorate the event. Each year, a Record Store Day Ambassador is chosen, and this year we are honored to have St. Vincent join a list of previous ambassadors that includes Josh Homme, Ozzy Osbourne, Iggy Pop, Jack White, Chuck D, and Metallica.

A man A plan A canal has proudly worked with Record Store Day since its inception, and this year we’re celebrating the event by sending out a selection of the RSD 2017 releases including a Tribute to Leonard Cohen (featuring Cherry Glazerr with Mike Watt, Avi Buffalo, Joseph Arthur, and more), selections from a World Café performance by David Crosby, and a 7″ by Zipper Club.

To celebrate RSD’s 10th Anniversary, and note the passing of the amazing Leonard Cohen, RSD asked some musical favorites to each pick one of Cohen’s songs and work their magic; the result is a joyous, true, and heartfelt tribute. Artists include: Glen Hansard (Once / Swell Season/ The Frames), Terry Reid, Avi Buffalo, Joseph Arthur, Cherry Glazerr (w/ Mike Watt), Matt Costa, Korey Dane, LeeAnn Skoda, Matthew Ryan, Jay Buchanan (Rival Sons), and Donovan.  The result is Like A Drunk In A Midnight Choir–Record Store Day Celebrates the Music of Leonard Cohen, available as a limited edition LP at participating record stores only on Record Store Day. This release benefits The Pablove Foundation, a nonprofit devoted to improving the lives of children with cancer.

In 2016 David Crosby surprised fans by touring with Michael League, the bassist, composer and bandleader of Snarky Puppy; jazz, pop, folk singer and guitarist Becca Stevens; and singer, songwriter, and keyboardist Michelle Willis. Together they reinvented Crosby’s classic songs and performed newly written songs in a combination of voice and instrument that made skin tingle and minds expand.

On December 7th, Record Store Day co-founder Michael Kurtz saw them perform live in his hometown of Wilmington, NC with Duane Ingram, the record store owner who gave Michael his first job at Schoolkids Records. After the concert, Crosby met with Kurtz and told him that he wanted to join the Record Store Day team. The band performed these songs the next day at World Café, and they were lovingly pressed on vinyl by Record Store Day just a few weeks later – making this the very first release created by Record Store Day itself. Going forward, Crosby plans to do interviews with various media to talk about this special release, the importance of supporting artists by buying albums, and the importance of supporting “mom and pop” record stores.

Zipper Club is the new band produced by James Iha of The Smashing Pumpkins and featuring Lissy Trullie and Mason James of Cerebral Ballzy.