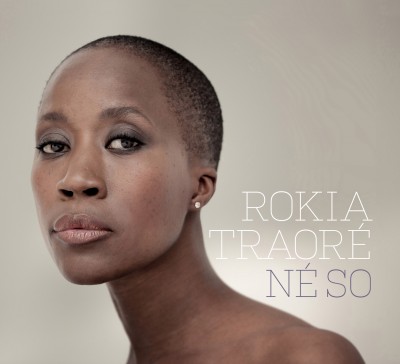 Rokia Traoré has explored a breadth of directions over a career that began in 1997 and has earned her praise for uniquely blending Mali’s diverse musical styles with those of the rest of the world. She’s recorded with the Kronos Quartet and Damon Albarn; collaborated on a theater piece called Desdemona with Toni Morrison and Peter Sellers; won a Victoires de la Musique (the French equivalent of a Grammy Award) for her 2009 Nonesuch debut, Tchamantché; and served as a jurist at the Festival de Cannes. Produced by John Parish (PJ Harvey, Tracy Chapman, Eels), her sixth album, Né So, features 10 original songs – including a cover of Billie Holiday’s “Strange Fruit” – that were composed in response to Mali’s recent civil war and confront the realities of life during wartime.

Always a traveler, Traoré moved back to her home of Bamako, Mali amidst personal difficulties in 2009 after a time living in Europe with her young son. There, she bore witness as the country’s war gained terrible momentum during 2012. “Experiencing life in a war-torn country was traumatic,” she says. “Everything was falling apart. It’s never easy to go through tough times, but it is also what makes you grow, and understand why you cling to certain things and give up on some others.” The songs that make up Né So were crafted in response to these trials and tribulations, and after rehearsing in Bamako she recorded them Brussels and Bristol with musicians from the entire West African region including Burkinabe drummer Moïse Ouattara, Ivorian bassist Matthieu N’guessan, and Malian ngoni player Mamah Diabaté. Also on board are labelmate Devendra Banhart and Led Zeppelin‘s John Paul Jones, each of whom add important elements to what the Times of London calls “the album of Traoré’s career.” “I didn’t want an all-Malian band,” she says about the project’s personnel. “I need variety… a mix of cultures around me.”

“Brave, challenging and arrestingly original, Traoré may have just gone and made the finest indie-rock album to emerge from arguably the world’s most musical continent.” —Uncut