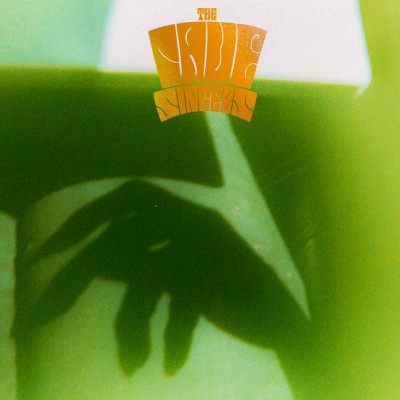 The Cave Singers present a vibrant and earthy sound that, according to Pitchfork, adds “a welcome dark side” to the folky scene in their hometown of Seattle. After years playing together not only in this band but in punkier projects including Murder City Devils and Pretty Girls Make Graves, members Peter Quirk, Derek Fudesco, and Marty Lund have cultivated a warm, creative familiarity and an unfettered writing style that draws inspiration from the words of self-taught spiritual painter Augustin Lesage: “I never have any ideas as to what to portray… I surrender to… impulse.” On Banshee, the band’s fifth album and first self-released effort after ventures with Matador and Jagjaguwar, the Cave Singers surrender to their own impulses across ten tracks that possess a quality of deliverance and will compel listeners to physical and emotional exuberance. Written collaboratively and recorded live in the studio over a furious six days with producer Randall Dunn (Akron/Family, Jesse Sykes), the album captures the Cave Singers’ raw and unpretentious passion for music via driving guitars, foot-­tapping percussion, and powerful vocals.

The album opens with the no-frills “That’s Why,” a snarling, minimal bass-propelled tune that invites movement, invokes T. Rex, and sets the pace for an album that hems and haws between Americana-inspired rock ‘n’ roll (“Southern Bell,” “Christmas Night”) and pensive folk-rock (“Lost in the Tide,” “Cool Criminal”). Other highlights include the catchy, lilting “Strip Mine” and the thoughtful, affirmative “Fade Away,” on which lead vocalist Quirk promises that “with the sun on our back, we will never get cold; With the light in our eyes, it’s alright to get old.” Even on quieter tracks, the band simmers with urgency while exuding a healing quality that rides within the tonal waves of Quirk’s lyrics and the band’s locked-in, understated groove.

“The Cave Singers synthesize folk, rock, and world music sounds from the 1960s through the present in an original way… [with] the detachment and bare-bones attitude of early punk rock and contemporary alternative rock, the folk-romp tendencies of everyone from Paul Simon to Cream, and the percussive, winding, soulful glory of traditional and pop music from around the world.” –Alternative Press

“This trio has built a sound full of dark folk, with more than a hint of punk rock… [and has] found their own niche in contemporary Americana.” -NPR’s World Cafe

Listen to Track 9, “Christmas Night,” below: