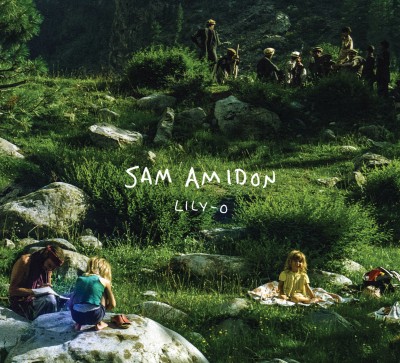 Sam Amidon‘s new album of reimagined folk songs, Lily-O, was just released on Nonesuch. Incorporating elements of other folk songs into tracks of an improvised and spontaneous nature, the album also features prolific artist Bill Frisell, who will be touring with Amidon on select dates.

Lily-O was produced by Valgeir Sigurðsson (Björk, Bonnie “Prince” Billy, Feist) and recorded in Reykjavik, Iceland. The central element is Amidon’s voice, which, in his deceptively understated manner, tells tales of adventure, love, violence and redemption. He mines obscure & traditional folk songs, along with contemporary songs, and pieces together his lyric sheet, in what he calls a “collage process”. The result is a more deliberate and expansive sound. Lily-O has already received critical acclaim, earning four stars from the Independent and the Guardian, which calls it “subtle and intriguing”.

Amidon has performed with Nico Muhly, Thomas Bartlett/Doveman, & Beth Orton and appeared as a guest artist on recent albums by tUnE-yArDs and the Blind Boys of Alabama. He will be kicking off his U.S. tour this week. Let us know if you are interested in tickets or setting up an interview or in-studio.