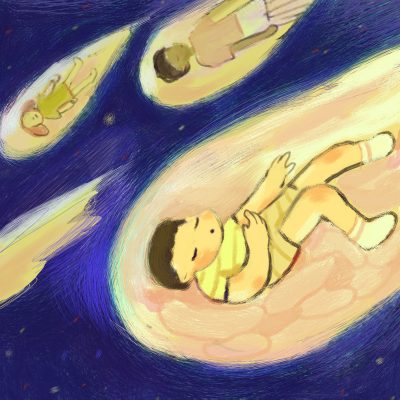 File Under: Music has released “Meteor Showers” by Slime Girls, the fifth audio/visual single in its One Song At A Time series. According to Consequence of Sound, which premiered the song, the speedy, propulsive emo track features “a blast of synths and straightforward guitar hooks that definitely falls on the more intense side of the spectrum.” Band mastermind Pedro Silva describes Slime Girls “an eternal love letter to an endless summer,” and this new track is a heavier and more punk iteration of the Slime Girls sound than we’ve heard before.

“Meteor Showers” follows One Song At A Time singles from Skye Wallace, Johnny Foreigner, Pill Friends, and Wallgrin. The series is visual as well as aural, and features videos of each of the artists’ songs. As with several other videos in the series, Matt Leaf has directed the video to accompany “Meteor Showers,” and the clip explores the impact of time on our memories of the past.