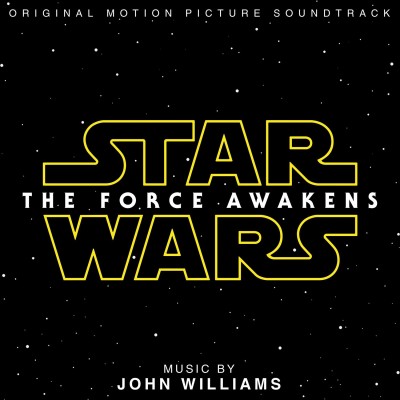 An esteemed composer, John Williams has spent 60 years writing, playing, and conducting music for use in iconic and recognizable movies that have helped define multiple generations. His impressive career includes highlights like The Valley of the Dolls; Jaws; the Harry Potter, Indiana Jones, and Jurassic Park franchises; and an original, calypso-based opening used in the pilot of Gilligan’s Island. He’s won five Oscars and 22 Grammys, written and conducted a dizzying array of neoclassical concert pieces, and crafted four Olympic themes, yet Williams is undoubtedly best known for one work that towers above all the others: the original 1977 score of Star Wars. This Wagnerian epic is full of universally recognizable leitmotifs and stands as the highest-grossing non-pop recording in history. In 2005, it was called the “Greatest American Film Score of All Time” by the American Film Institute.

Williams has been on hand for all of the Star Wars installments, and his score on Episode VII: The Force Awakens is a stunning blend of nostalgia and novelty that has earned Williams his 50th Academy Award nomination. The new score draws from the film franchise’s long history, placing instantly recognizable hints of themes from previous films alongside new motifs to accompany the adventures of Rey, Finn, and their adversary Kylo Ren. The first Star Wars score recorded in Los Angeles rather than London, The Force Awakens was conducted by Williams along with LA Philharmonic musical director Gustavo Dudamel and William Ross (Michael Jackson, Andrea Bocelli, Black Sheep).

Go behind the scenes with Williams and Star Wars director JJ Abrams with this video about the making of the score.

“To listen to Williams write themes and motifs, and to combine and manipulate them with his customary versatility and intelligence, is to witness a genius at work.” -The National

“The soundtrack to Star Wars: The Force Awakens... feels like Star Wars but unlike Star Wars as we’ve heard it. This is very much its own piece of work and doesn’t rely on the existing music to make it stand.” -Making Star Wars