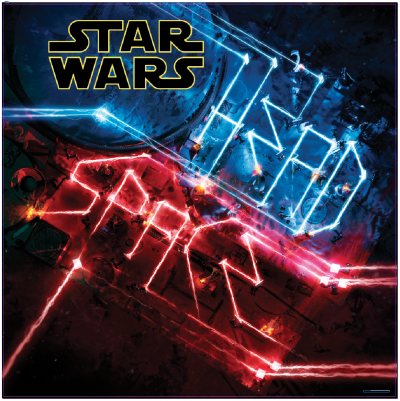 Star Wars Headspace is a new Rick Rubin-helmed compilation that isn’t merely a tribute to the seven-volume space epic. The collection is composed from the essence of Star Wars, as each of its producers were given free reign to re-appropriate the sound effects and dialogue of the canonical film franchise. In addition to Rubin, who contributes a rare song under his own name, Star Wars Headspace employs marquee artists such as Flying Lotus, GTA, Baauer, Rustie, A-Trak, Röyksopp, Kaskade, and Shlohmo to build beats from Chewbacca’s growls, R2-D2’s bloops, and Darth Vader’s raspy breaths.

“I feel real close to these sounds,” said Flying Lotus, speaking during an interview with Beats 1‘s Zane Lowe about being asked to participate. He’s not the only one who feels that way, as Star Wars has been an inspiration for more than a generation of creators and its sounds are every bit as influential as its visuals and storylines. Thus, as the LA Times‘ Randall Roberts wrote, this album is a “dream gig,” and its producers’ passion for the source material is palpable across its 15 tracks. Capturing the campy spirit of Star Wars with catchy jubilance, Star Wars Headspace is relentlessly enjoyable.

“The record crackles with adolescent exuberance, thanks to a well-chosen roster of producers. Neither stale tribute nor sloppy lovefest, Headspace aims for simple fun and hits it square, like a T-16 targeting womp rats back on Tatooine.”
-Pitchfork

“Here’s one to put a smile on your face… A star-studded roster of dance music heavyweights all took a shot at crafting tracks based around classic Star Wars sounds and dialogue, and the results are on target.”
–THUMP