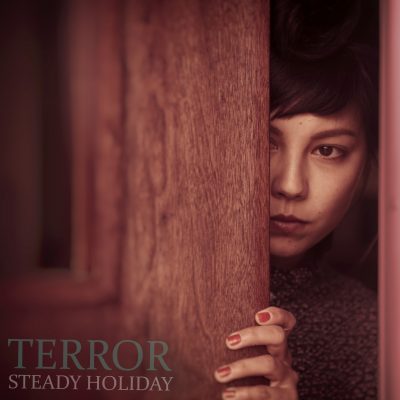 Steady Holiday is Dre Babinski. Just over a year ago, she could be found playing in bands around LA, opening for Fitz and the Tantrums and Fun., and making a record with some friends from Dr. Dog. She enjoyed the side-woman life, but longed for an outlet of her own. Writing and recording in secret, she developed a body of work about hidden desire itself. Her first single as Steady Holiday, “Your Version of Me,” was released to immediate praise, garnering more than 200,000 streams in a month and leading to a well-received performance at the 2016 Coachella Festival. Her debut LP, Under the Influence, was released in June to glowing praise and a month-long residency at The Satellite in LA. In September, Steady Holiday opened for Unknown Mortal Orchestra at the Santa Monica Pier; in October, she toured with Islands; at the end of the year, LA Weekly named her the city’s Best Solo Artist. In the spring of 2017, she’ll open for Clap Your Hands Say Yeah and Mitski.

In the wake of the 2016 election, Babinski wrote and recorded three new songs, each dealing with our new reality in different ways. They are collected now on the Terror EP, which is rounded out by a gorgeous remix and a home recording of a new, hopeful song to light the way forward. Featuring Josh Adams (Jenny Lewis) and produced by Gus Seyffert (The Black Keys, Beck), the Terror EP is being released by Infinite Best (Mr. Twin Sister, Islands) on April 7. The EP is coming out digitally as well as on a CD that also includes Under the Influence, which was previously unavailable in that format.

“Sobering and introspective lyrics combined with dreamy, wafting melodies reminded me of Rozi Plain, or early work from the Shins. It’s the perfect soundtrack for moments of self-reflection… Steady Holiday creates a sound that is truly her own.” -KCRW

“Over a dark and loping country rhythm, Babinski skates her vocals with a delicate grace, the brittle timbre of her voice recalling both Björk and The Cardigans’ Nina Persson. She’s a deft melodicist… It’s hard to imagine keeping something like this a secret.” -FLOOD