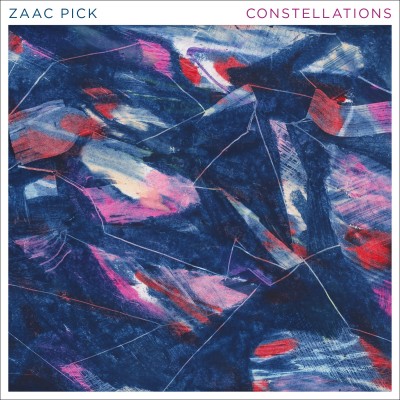 Though Constellations is Zaac Pick’s first full-length, the Vancouver-based artist already has a reputation for compelling lyrics and haunting melodies. Pick’s large-scale, cinematic style earned acclaim after the 2009 release of his debut EP, Fierce Wind, while 2011’s Whitewater EP showed an autumnal maturity bred through two years of steady writing and touring. Along the way, he earned a West Coast Music Award nomination for Best Solo Roots Recording; shared stages with the Civil Wars, Bahamas, and Noah Gundersen; spent time as a touring member of art-pop band Boreal Sons; and secured placements on several primetime TV shows in the United States.

Pick has a way with time – of slowing it down to reveal the space that connects and divides us, and of urging it on to shrink that space – and time is a theme that courses through the expertly-paced Constellations. Gracefully nuanced, the LP’s songs ebb with intimacy and augury while examining the interconnected people in our lives and the mysterious gravity that both draws us together and pulls us apart. His storytelling shines in the somber “Fault Lines,” about confronting the fears that creep into relationships before they fracture foundations, and the affecting “Slow Kind Light,” about choosing to see the good in others. He reaches new heights vocally in the soaring “Kites,” shows his technical expertise in the shifting rhythms of “Impossible Blue,” and takes a bouncy pop turn on “Bright Ideas.” Co-produced by Jonathan Anderson (Aidan Knight, Jordan Klassen) and created in collaboration with band members spread out across the provinces of Canada, the songs are unified by thickly-textured arrangements made of layered strings, meandering bass, and lilting guitar that set the stage as Pick uses his measured cadence to expose the cosmic links between us all.

“Forceful, though quiet. Ambitious, yet intimate. Indie and folk, without resorting to the tropes of either of those genres. The positioning of the album’s heart directly on its sleeve will catch the ear… and the depth of its musical and lyrical details will only help to draw you back again.” -Grayowl Point

“Each song is gracefully put together… a genuinely fantastic listen.” -Confront Magazine

Listen to Track 3, “Fault Lines” below: